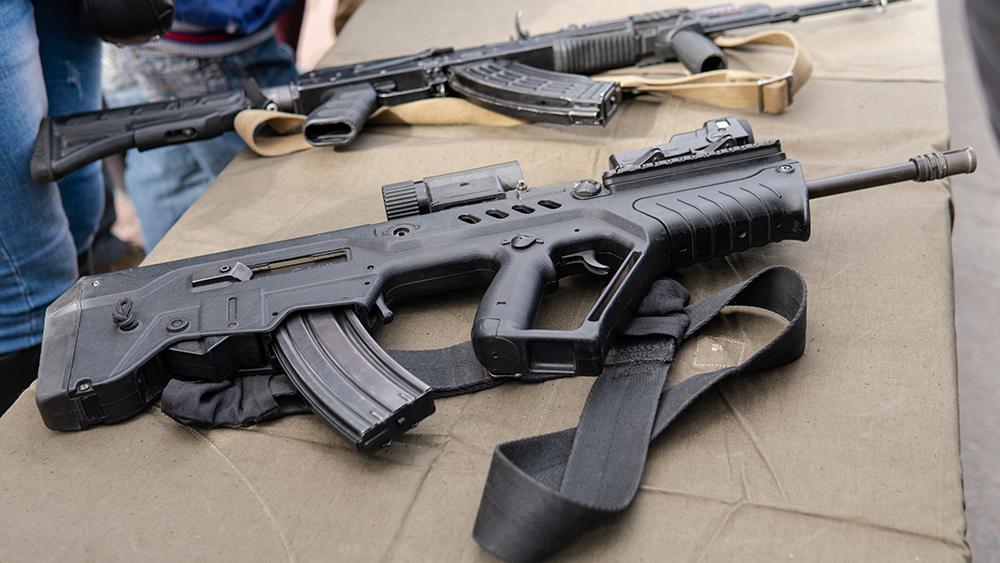 An American travel agency has launched a tailor-made holiday package for the world’s murderous maniacs.

The Stay’n'Slay deals are aimed at discerning slavering psychopaths who want to shoot a classroom full of children or carry out some other homicidal atrocity, but are prevented from doing so by their home countries’ laws.

Elite Bespoke Travel, based in Dogshitville, Texas, reports that there has been plenty of interest so far.

Chief executive Mr Clem Fuckhead IV said: “We want to give the world’s deranged lunatics a real taste of America, and murdering random strangers with high-calibre firearms is as American as mom’s apple pie, the Star Spangled Banner and having to go bankrupt because your kid needs a minor medical procedure.

“Maybe you’ve always wanted to do something like this but have been unable to because you live in some freedom-hating socialist hellhole where there are laws to prevent lethal weapons from falling into the hands of people who are catastrophically unhinged.

“Whether your preference is to blast a couple of dozen children to pieces, turn a supermarket into a charnel house or simply improvise, our Stay’n'Slay package is ideal.

“We provide the flight to the US, a list of locations to choose from, the ski mask, the body armour and even some refreshments to stow in your backpack so you won’t be hungry or thirsty during your pitiless rampage. Oh, and we have optional earplugs in case you think you’ll be distracted by the terrified screams.

“The only thing we don’t supply is the gun, but the Stay’n'Slay package does include vouchers which can be exchanged for your high-capacity weapon of choice at any gun store, pawn shop, supermarket, gun show, corner store or any other place where instruments of death are readily available.”

Mr Fuckhead added: “Once you’re fully kitted out, it’s up to you to decide how, when and where to carry out your massacre. You can just keep on murdering until you get bored or run out of ammunition. Then you can decide whether to hand yourself in or kill yourself.

“Of course, there’s always a risk of your being shot by a police officer during your spree, but we want to reassure potential customers that this is by no means inevitable,

“With a bit of luck, the police officers who respond will be among the many in our country who are only brave when it comes to, for example, murdering unarmed and completely innocent members of ethnic minorities, but shit themselves and run away in the face of the slightest real danger because, like all bullies, they’re despicable cowards.”

AD: Is YOUR nation suffering from a stubborn infestation of Prime Minister? Call in the experts now!