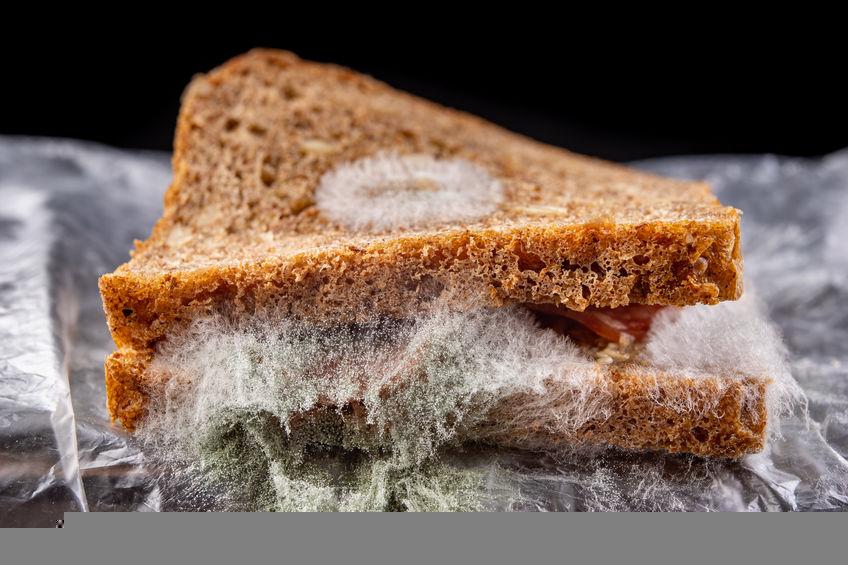 Margaret Grouser, a 67 year old scallywag and who has been wanted by Police since the late 1970s, has finally been captured, Leicestershire Police have confirmed.

“Margarine Marge”, as she’s been dubbed, was finally captured after decades on the run at Leicester Forest East services last night, when she was spotted by a member of the public secretly opening all the packets so the contents inside went stale quicker, and removing the scoops full of filling from the more plumper looking ones.

Under intense Police questioning that the News Elephant managed to overhear thanks to a window being open on a hot day, the hardened criminal at the head of a sandwich-hating empire, said: “Alright - I admit it. It was me.

“It was me who dried out all the sandwiches. It was me who made only five possible fillings legally allowed in Britain – all of them unimaginative derivative clones of the same crap we’ve been bored of for decades, with no mustard, pickles, or anything with some piquancy, spice, flavour or bite allowed anywhere near the bland, one-note disappointments aimed at the lowest possible denominator, and then some.

“It was me who came up with all the different brand names, or putting them in posh ‘deli-inspired’ bag, so sometimes it looks like you’re trying a different one and you start getting your hopes up, only to have them dashed yet again when you realise it’s just as bad as unbalanced as everything else.

At one point one of the officers, who had been on a long and shitty car journey on the M1 himself recently, had to leave the room in disgust.

But Margarine Marge continued spilling her guts, like a deranged supervillain proudly detailing all the intricate horrors of her entire life’s work:

“How hard can it be to make a boiled egg, and sausages – two things that are infinitely delicious in their unpaired form, not to mention unctuous and full of lubricating fats, collide so crappily into the driest product known to man – The service station Scotch Egg? I’ll tell you how – boil the eggs for four days, and roll the moisture-less pigeon-scraping sausage in cement-powder-dry, fluorescent orange breadcrumbs. Then let it age under hairdryer for about six months.

“If you don’t urgently take a shot of mayonnaise or a glass of water with it, it’s literally dehydrating your inner organs, sucking the life essence out of your liv- hey! Hey where are you taking me! I MUST CONFEESSSS.”

At this point the interview was terminated.

Due to her heinous crimes against lunch, the PM himself has played a hand in accelerating court proceedings. Ms Grouser’s trial begins next Monday at the Old Bailey. The Crown Prosecutor is expected to recommend Blasting into Space.