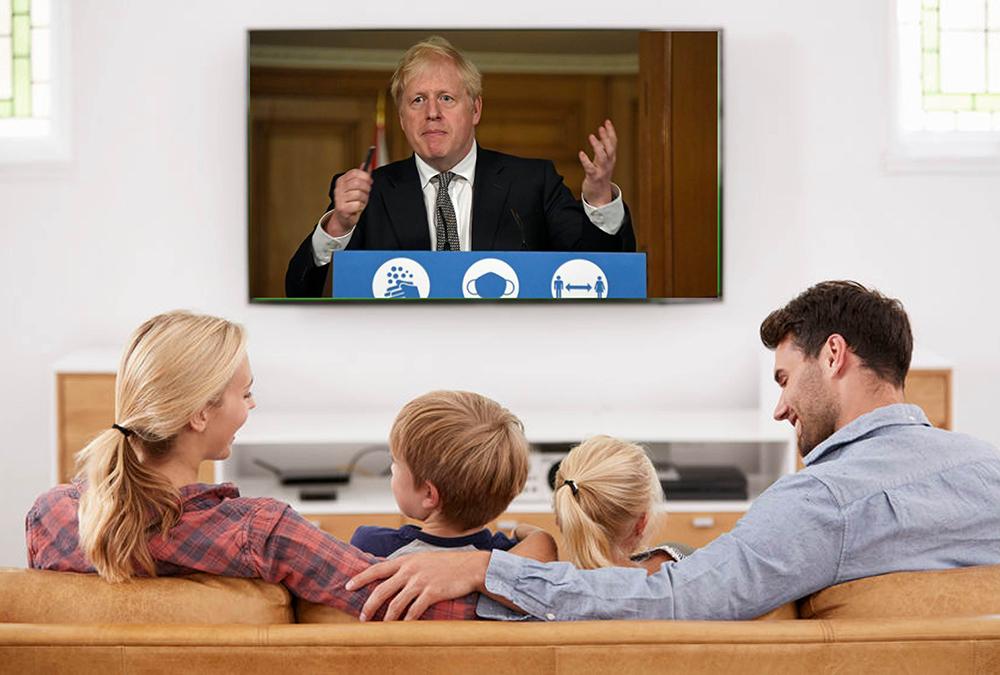 Another grey and dull Monday morning in the continually locked-down UK saw people going about their one hour of Government-mandated exercise with a sudden pep in their step, at the realisation that today is the day they get to see universally adored PM Boris Johnson appear on telly again and say some stuff about schools.

The long anticipated Government announcement about the UK’s “roadmap” out of its seemingly never-ending third national lockdown – which started back when people were still excited about eating advent calendar chocolates and thought they might actually have a Christmas– is due to be televised tonight at 7pm, and the nation is losing its collective shit out of excitement.

“I just can’t wait,” said one squealing Brit. “On my telly tonight, we’ll have Boris, speaking at his little podium with a badge on it, Chris Whitty’s dreamy, puppy dog eyes, maybe Sir Patrick might pop in too and remind everyone to still remain cautious - it’s gonna be amazing!”

As is now Government policy, the details of the secretive “roadmap” strategy were leaked to the national press ahead of time, so the Government could assess national reaction and, if necessary, change some stuff at the last minute if some of the gammon-baiting gutter press got angry enough about it.

This seemingly seat-of-the-pants, let’s-see-which-way-the-wind-is blowing, X-Factor-phone-in style of governing would probably scare most lesser nations, who might perhaps prefer their government to make a proper decision based on what was best for its people not just cave in to whichever party of extremists was yelling loudest that day, but in bored lockdown Britain it’s done nothing but add to the fever-pitch levels of excitement.

In fact, Minister-of-Everything Nadhim Zahawi was so excited about the forthcoming government announcement that, according to Mrs Zahawi, he didn’t even have time to finish his bowl of Rice Krispies this morning before he was eagerly eulogising about just how excited he was to be alive to host Charlie Stayt on BBC Breakfast.

“When they say next slide please – and another wavy graph comes up it makes me think of rollercoasters,” said Mr Zahawi, visibly beaming and unable to sit still like he needed to wee really badly but didn’t want to admit it, “I used to love Rollercoasters in the before times, Charlie! They were my bestest favourite!”

The “Roadmap” Government announcement, which has already been dubbed by the national press as ‘The trilogy begins to think about concluding’, broadcasts live at 7pm tonight to bored Brits everywhere, provided they aren’t watching Netflix or doing a jigsaw puzzle instead.