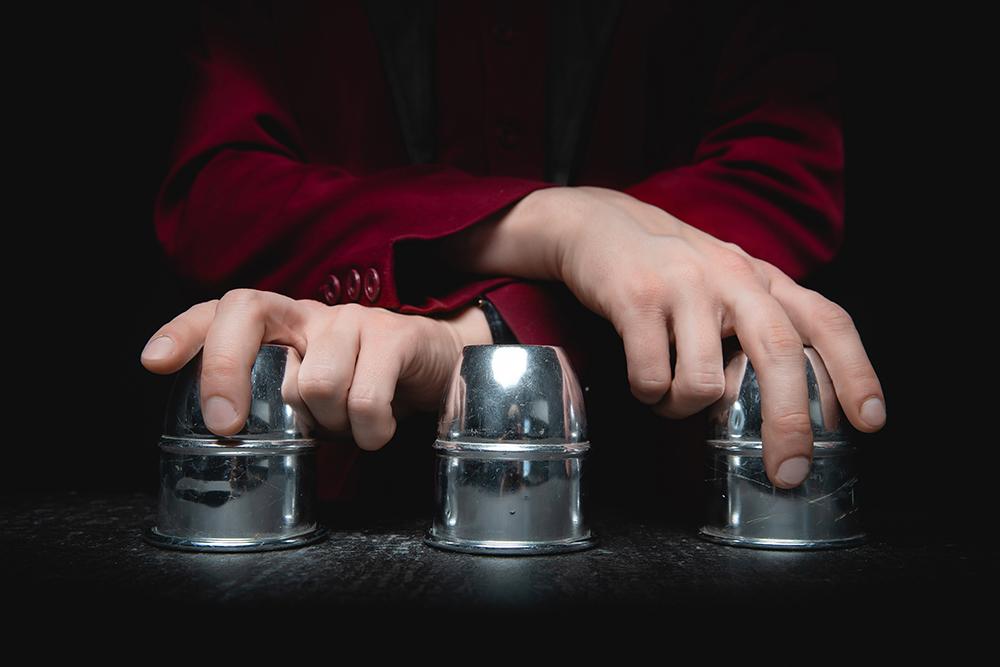 Whoever loses the ongoing Tory leadership contest has been assured of future employment.

Should the unsuccessful candidate decide to leave politics, they will be able to walk into a job running a shell game to scam unsuspecting members of the public on Westminster Bridge.

The shell game is one of the oldest confidence tricks in existence, and involves placing a small ball beneath one of three upturned empty boxes, shuffling the boxes around, inviting mugs to bet on where the ball is and using sleight of hand to ensure those mugs always lose.

The job offer has been made by leading shell game operator and veteran crook Mr Geoff ‘Switcheroo’ Carlton. He said: “I run several dozen shell games throughout the capital, but a vacancy has come up in my Westminster Bridge concession on account of the previous operator accidentally falling into the river with his feet in a bucket of concrete after not coughing up my full share of the take.

“Anyway, I’ve been very impressed by Mr Sunak and Ms Truss. The way they say one thing and mean another, and promise easy money while blatantly having no intention of giving any needy person so much as the steam off their shit, means they’re both naturals for my line of work.

“In the last few days alone we’ve had Mr Sunak promising to lower income tax and Ms Truss saying she’ll reverse Mr Sunak’s tax increases - but like all of these pledges they’re so riddled with caveats and get-out clauses that they’re completely meaningless.

“I’d be honoured to welcome either of them aboard.”