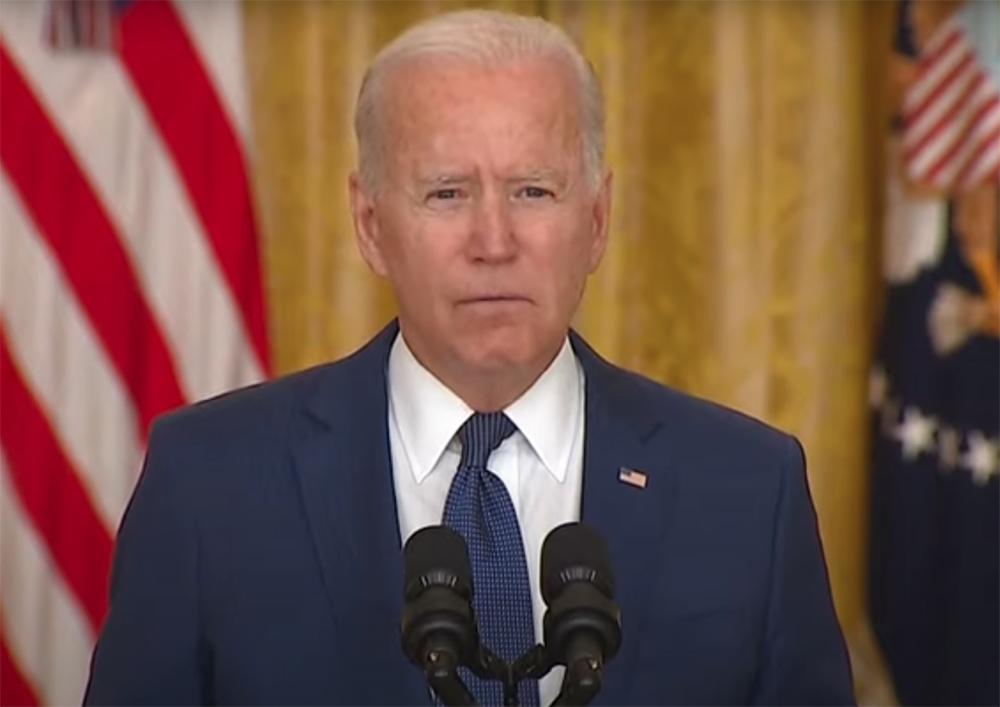 American flags throughout the White House are to remain lowered in the wake of the gun massacre of 19 children and two teachers in Uvalde, Texas.

Plans to raise them to their usual height once more have been put on permanent hold since President Biden discovered he can use them to hide from the gun lobby.

Like just about every American President over the last half century or so, President Biden is terrified of the gun lobby, a multi-billion dollar cartel of gun manufacturers, politicians in the pay of gun manufacturers and assorted stupid bastards who think preventing the disastrously mentally ill from getting hold of firearms is a sign of Communism.

A White House spokesperson said: “In common with Presidents Trump, Obama, Bush junior, Clinton, Bush senior, Reagan, Carter, Ford, Nixon, Johnson and more or less all of their predecessors for as long as anybody can remember, President Biden is absolutely shit scared of the gun lobby.

“Like all of those Presidents, he knows that the gun lobby owns so many American politicians and so much of the American media that it can ensure he doesn’t win another term and his party will be unelectable for years to come.

“That’s why, whenever there is a massacre like the one in Uvalde, American Presidents spout a load of bullshit about how something has to change, but then, in spite of being the most powerful human being on the face of the earth, they change nothing.

“Still, with luck the next massacre won’t involve quite so many children so there won’t be as much anger as there’s been this time around.”

President Biden said: “There are families sitting at breakfast tables all over America, eating Froot Loops and not knowing whether it’ll be their last because of a different kind of Froot Loop.

“Shhhhh! I think I hear the gun lobby. Gotta go hide! Be a pal and don’t tell ‘em where I am!”