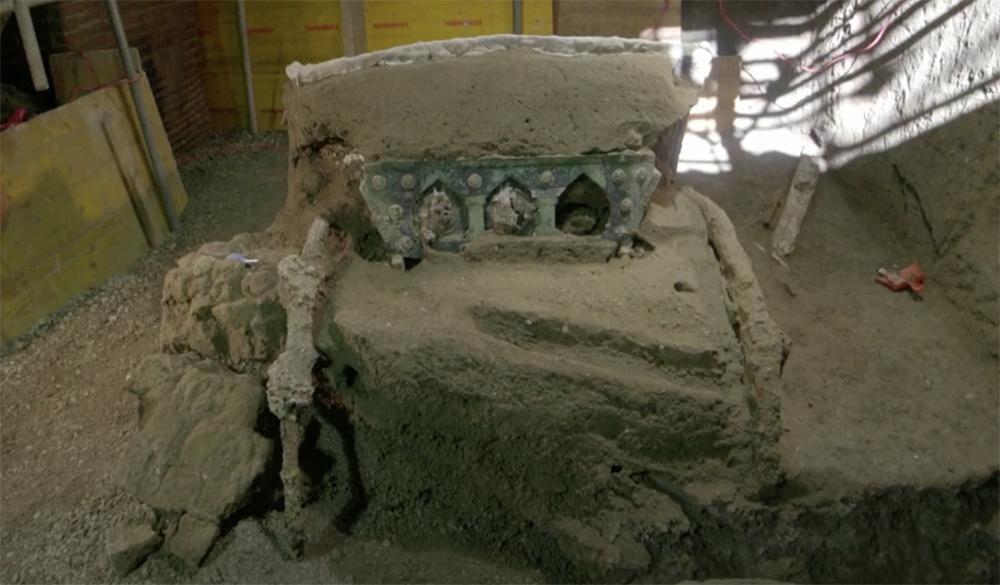 The team of archaeologists who discovered a well-preserved Roman ceremonial carriage in the ruins of Pompeii are considering a £50 offer from Webuyanycar.com.

Experts have hailed the discovery of the magnificent four-wheeled bronze, iron and tin carriage as one of the most remarkable in the archaeological history of the Roman town, which was buried in ash during an eruption of Mount Vesuvius nearly 2,000 years ago.

The global wave of interest has included many inquiries from museums, but yesterday the team was approached by car trader Webuyanycar.com, famous in Britain for an annoying jingle and deducting money from its impressive initial purchase offers for any imperfection it claims to spot.

The firm is understood to have first offered the team of archaeologists an eight-figure sum, but reduced this to £50 for a quick sale after sending a representative called Gavin to look at the carriage in person.

One of the archaeologists said: “The bloke spent five minutes kicking the wheels and pointing out any tiny dent or scratch he could find, then said the most he could offer was fifty to take it off our hands - and that he was doing us a favour.”

A Webuyanycar.com spokesperson said: “The AD 79 model is notoriously difficult to shift, and that’s before we take into account the detailing we’d have to do to get the pumice off the paintwork and upholstery.

“Then there’s the fact that the engine, a team of horses, is missing and would have to be replaced. It’s not even as though the archaeologists were able to find the original horses. Although they’d undoubtedly be dead and preserved in their grotesque death agonies, we might at least have been able to make a little extra cash by reconditioning them and offering them as novelty furniture items to certain members of the racing fraternity who apparently like that sort of thing.”