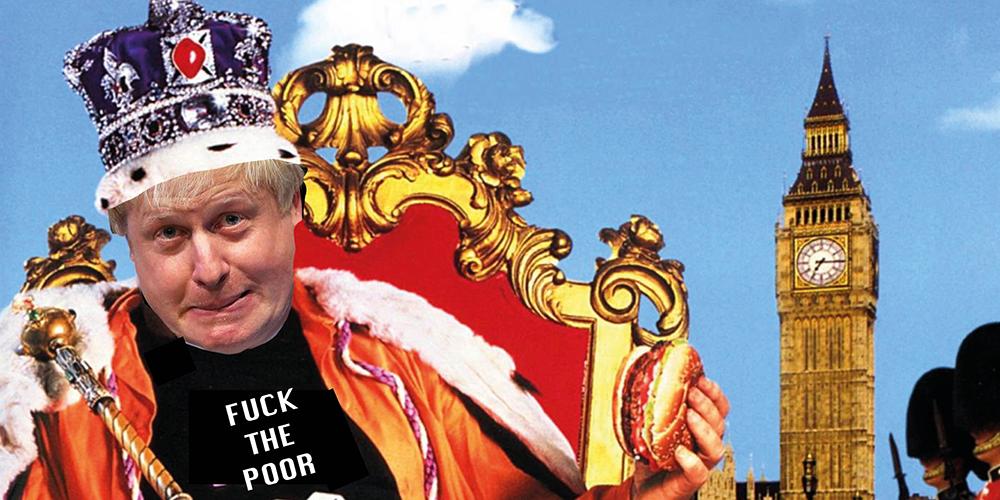 Boris dePfeffel the Magnificent, the ninth in line to the throne, father of twenty-seven and occasional prime minister of England-but-definitely-not-Scotland, announced to the world last night at the G7 summit that all the ‘good’ nations ought to jolly well show some good old Eton-style ‘solidarity’ with the poorer nations, by offering them a few token COVID vaccines from their own bulging, Scrooge-McDuck-style hoards.

The G7 summit serves to gather the richest nations on the planet together to wring their hands a bit and decide how all the other absent countries who aren’t allowed a voice ought to be running themselves. It is taking place in Cornwall this weekend on the deck of a solid gold pirate ship outside St Ives, a highly appropriate place for a man with seven wives.

The chosen theme for this gathering - which is costing the UK taxpayer £18 billion a second in luxury spa packages for global leaders and policing costs to protect them all from angry local fishing communities- is ‘meaningless pledges’ and as ever Boris has been at the forefront of the most meaningless.

Pontificating to an adulating crowd whilst gorging himself on sugared plums and smearing fois gras of black rhino all over his torso, he said: “My friends, we’ve been blessed. And by which I mean, we’ve built ourselves up an unassailable lead by stealing all the gold from the other players for centuries in a rigged game we play to our own rules.

“But apparently some of them aren’t doing what we need to fix the climate crisis we created by burning all their money to light the fires in our vast country estates.

“Of course, this was all so much easier in the glorious days of Empire. We didn’t have to ‘suggest’ or ‘encourage’ things back then, we just bloody well pointed a rifle at the locals until they fell into line.” This was met by a raucous chorus of approval by many on deck.

“But, under our new ‘modern way’ of pretending to care about those we continue to shaft - I think now is the time to throw out a few token ‘Covid’ vaccines to the desperate, ideally in a highly publicised PR event that makes me look even more benevolent and wise, if that’s even possible.”

Many developing nations, whose invites to the event presumably got lost in the post, pointed out that all this talk of ‘solidarity’ is pretty f*king rich from a nation like the UK that has just decided to cut £5billion from the foreign aid budget - a move which has now been condemned by all five former living British Prime Ministers – even Dave ‘call-me-bedroom-tax’ Cameron.

However, undeterred by the criticism from former PMs who never enjoyed his whopping 209% majority that the ever-gullible British public handed to him for reasons only known to them, Boris wrapped up his new solidarity speech by saying: “Perhaps I could throw bottles of AstraZeneca out to the adoring piccaninny masses of Bongo Bongo land from the back of a velvet-lined Sedan chair, held aloft by some local bum boys wearing togas.

“‘All hail King Boris,’ they will be ‘encouraged’ to shout.”