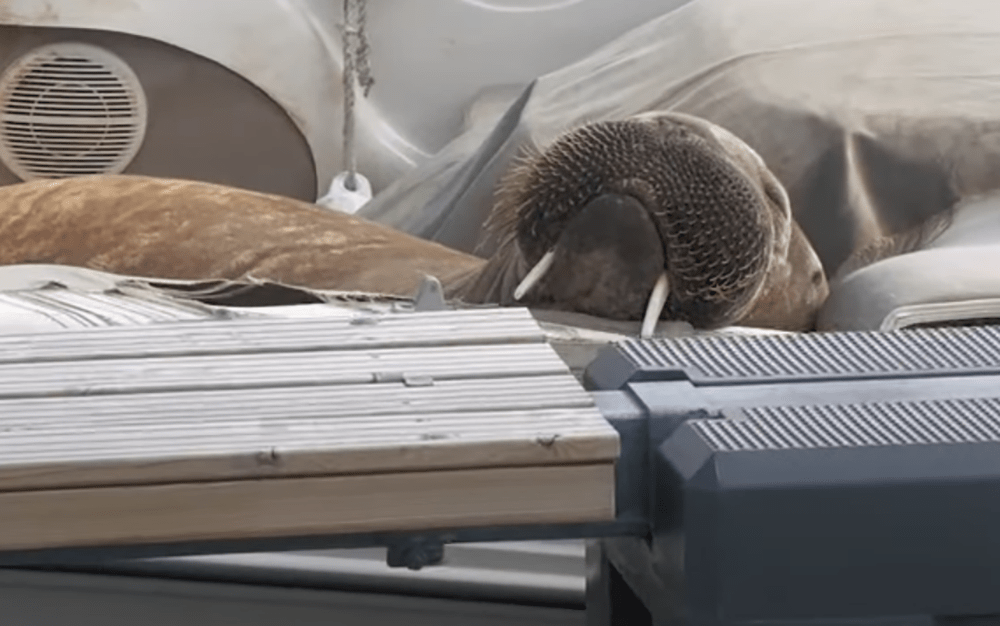 A walrus currently touring the coast of Norway says she loves the country so much that she plans on inviting some guests to join her.

Freya the Walrus, who has been photographed and filmed clambering aboard boats, has emailed old friends the Eggman and the Semolina Pilchard to come and join her as she enjoys the Scandinavian landscape and the warm welcome from locals.

She said: “The Eggman and I are so close that some people confuse us with one another, which is quite funny if you think about it. That’s why I’ve invited him, and also another lovely old friend of mine, the Semolina Pilchard. She’s a big fan of climbing so I’m sure she’ll love finding fjords to scale. I think the said she was doing some sightseeing in Paris at the moment.”

Freya added that if she could find a boat with enough room she planned on inviting plenty of other friends. “There’s the Penguins, for example. A lovelier group of aquatic fowl you could never hope to meet. They like nothing better than a nice sing-song and always look so cheerful with their saffron robes and finger cymbals.

“I can’t wait to welcome everybody, although I really must see about getting some food we all like. Somebody suggested custard but I seem to have gone off it.”

There have been claims that Freya, being a walrus and therefore rather on the large side, has damaged some of the boats she’s clambered aboard, but Freya promised that the owners had nothing to worry about as all damage would be repaired.

She said: “I have another old friend who’s an excellent carpenter. In fact, I’ve known him even longer than the Eggman and the Semolina Pilchard.

“I can be contacted at any time. After all, just about everybody knows who I am.”