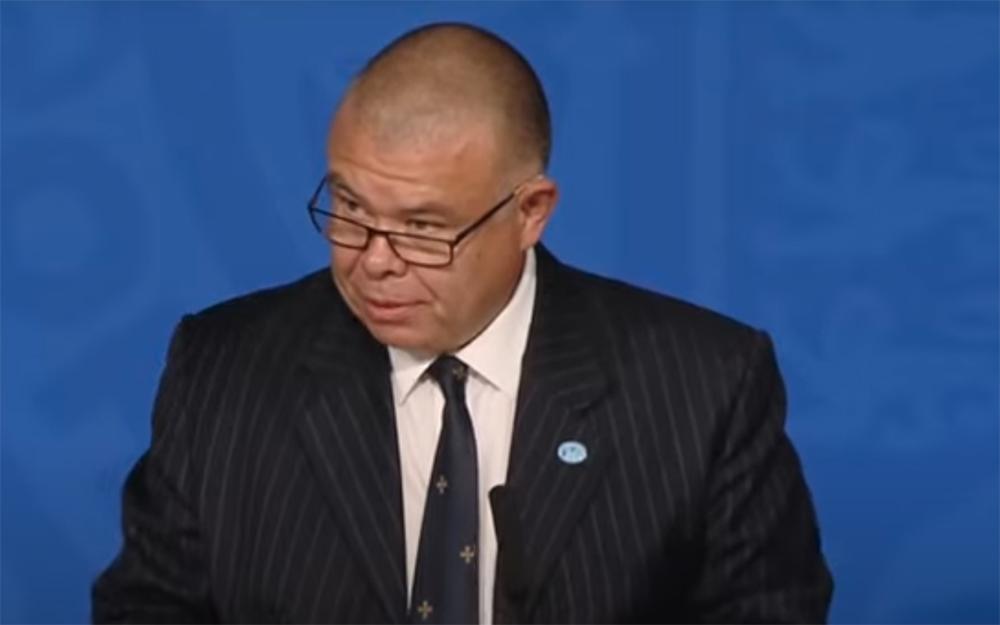 The decision by Deputy Chief Medical Officer Sir Jonathan Van-Tam to leave his post has been welcomed by senior Conservative politicians and officials.

The professor, who has regularly appeared during Government press briefings throughout the covid crisis, has built a reputation for honesty, decency, compassion, competence and genuine sympathy for the ordinary people most affected by the strictures imposed on the public.

As such, top Tories say, he is completely unfit to represent Prime Minister Boris Johnson in any capacity whatsoever.

“Frankly,” said one senior source within the party, “Van-Tam has been sticking out like a sore thumb for a long time, and his decision to leave is an immense relief.

“For far too long we have been treated to the revolting spectacle of Prof Van-Tam’s overwhelming decency, his sickeningly genuine concern for people suffering from covid, and for people affected by the regulations imposed to try to slow the spread of covid.

“These shortcomings are completely alien to everything this Government stands for. We in the senior ranks of the party pride ourselves on being so devoid of compassion and decency that you have to seriously wonder whether we’re a bunch of psychopaths. We pride ourselves on having no compassion for the suffering of ordinary people because we do not even believe ordinary people count as human beings.

“In fact, we pride ourselves on defying the very laws we impose on others, on having debauched piss-ups while ordinary people are forced to die alone, frightened and deprived of the company of loved ones, and on then laughing about it.

“It is therefore only right and proper that Sir Jonathan seeks employment opportunities elsewhere.”