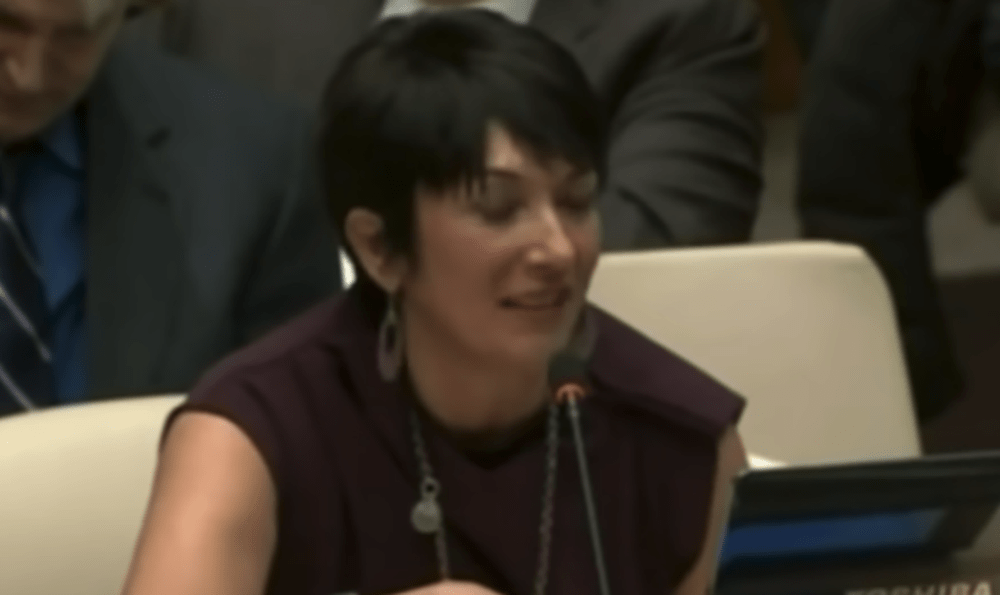 “The very last thing we’d want is to make it easier for Ghislaine Maxwell to kill herself or be murdered,” insisted a spokesman for the American judicial system today.

“That would be an absolute tragedy. No, we really mean it.”

He was responding concerns about the recent decision to transfer the despicable creature, who procured underaged victims for billionaire child rapist Jeffrey Epstein, from high-security prison accommodation to a low-security facility where she will have more freedom to mingle with fellow inmates, wander around and take part in a variety of activities.

Some critics say this will give the filthy beast more opportunities to commit suicide or be murdered without disclosing the identities of Epstein’s fellow rich and powerful deviants.

This suggestion was rejected by the spokesperson, who also explained that his fingers were crossed behind his back because of an old sporting injury.

He added: “It is our absolute wish that Ms Maxwell never has a single hair on her head harmed, and that in due course she decides to name everybody who joined the late Mr Epstein in his vile pursuits, even though the list is very likely to include leading American and international politicians, tycoons, celebrities and other VIPs.

“We decided to move Ms Maxwell to a lower security facility in order to make her more comfortable and encourage her to divulge everything she knows.

“If she uses this freedom to, as a random example, hang herself from a tree in the grounds, slash her own throat with a craft knife or throw herself from a high window, that would be very sad indeed.

“It would also be very sad if she were to wander off somewhere quiet and be ambushed and murdered by a fellow prisoner, one who had perhaps been paid to do the job and offered early release by persons unknown.

“However, it’s a risk we have no choice but to take.”

In other news relating to Maxwell, there has still been no indication from representatives of her former good friend the Duke of York as to what, if any, action he will take over the recent popular song entitled Prince Andrew is a Sweaty Nonce, which was in the charts over the Jubilee period.