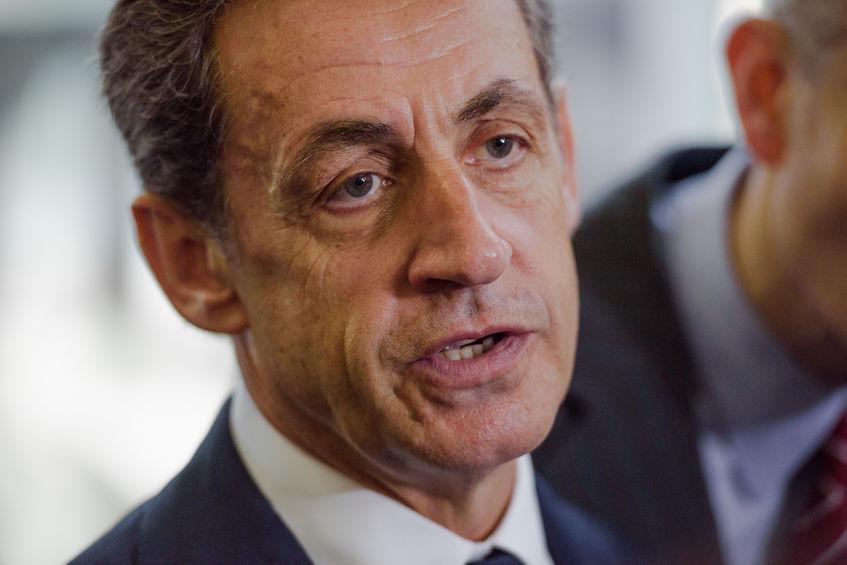 “It’ll never catch on here, you mark my words!” he added, whilst wiping the sweat from his brow and shuffling the latest Government health contracts given to him by Matt Hancock only moments before.

“Obviously, we would never do anything like what Sarkozy has done. We would never try to influence people by giving them money to act in a way that is to our benefit. Just look at this contract for the new covid flow test rollout I’ve just been handed by Health Secretary Hancock. It’s totally above board and although the multi-million pound agreement has been given to Mr Hancock’s gardener, I can assure you that Green-fingered Greg is fully qualified as he once did a first aid course in Kettering. And Matt’s privet hedgerows have never looked better.

“These crazy upstart nations actually punishing corruption in Government. Have they learnt nothing from ourselves and the yanks? This concept called consequences doesn’t sound very British to us.”

The French ex-president Nicolas Sarkozy has been sentenced to three years in jail, two of them suspended, for corruption after being found guilty of trying to bribe a magistrate by offering him a prestigious job in return for information about a separate criminal case against Sarkozy.

Across the pond, former President Donald J Trump, had just finished his morning round of golf at his Mar E Lago resort in Florida.

Whilst fiddling nervously with his MAGA baseball cap in the shadow of a golden statue of himself, Trump looked confused whilst eating his second breakfast consisting of a McDonalds Big Mac and a large strawberry shake. He said: “This is fake news. This guy was president and therefore would never be imprisoned. The French are a loser country as we would never let something like this happen in the US of A.

“Look at me for instance. I lied throughout my presidency presiding over the most corruptiest regime in US history, as well as trying to destroy democracy by undermining a fair election result to the extent that an armed insurrection descended on The Capitol, and am I in prison? No.

“This is just those Frenchies trying to seem better than us but us Muricans will always be better. If the rule of law ever does catch up with me and it won’t, my sentence would be biglier. In fact, I would be the bigliest jailiest former President that has ever lived especially if all these cases against me come home to roost which they won’t. Us Americans live in a proper democracy. A democracy free of consequences.”

A special session of the UK cabinet was convened this evening to discuss the spread of this new concept of ‘consequences’.

Speaking afterwards, Minister of Biscuits Michael Gove said: “We can’t let this concept of ‘consequences’ spread to our shores. We’ve already had the French variant and we need to do everything we can to ensure that UK politics remains ‘consequence’ free. With this in mind, we will be socially distancing ourselves from anything even resembling truth for at least the next four years or until this world has been stricken of this nasty thing spreading from Europe.

“Home Secretary Priti Patel has assured me she will be deporting any of these European ‘consequences’ as soon as they take one step on British soil.

“We did ask Foreign Secretary Dominic Raab to help but he hadn’t ever actually heard of France so he was no help and just went back to playing with a ball of yarn that we had given him a couple of weeks ago.”