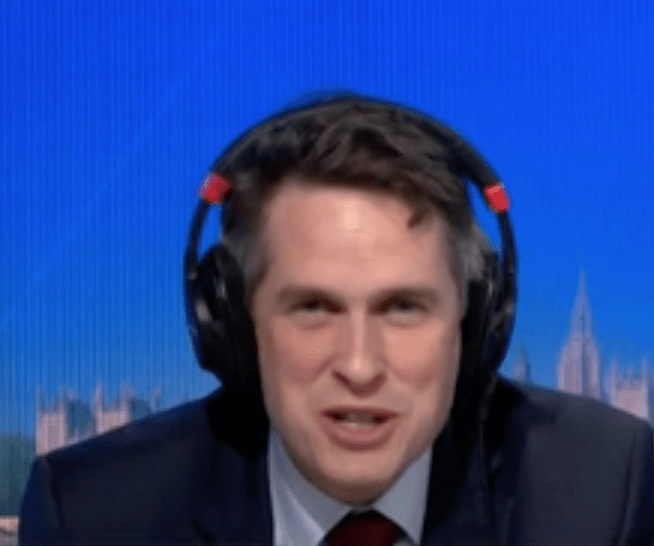 A satisfying sigh of relief could be heard as far away as Belgium last night after it emerged that Britain is indisputably better than all the other also-ran nations dotted around the world - like France and America and even the highly-acclaimed Bongo-Bongo Land - and that this by extension, meant that incompetent ministers with a back-catalogue of spectacular failure such as Education Secretary Gavin Williamson must be resigning from their positions with immediate effect.

The remarks Mr Williamson made on Britain’s nationalistic superiority were at first mistakenly attributed to poundshop fascist rent-a-scrote Tommy Robinson, though after some double checking and rubbing of eyes it was confirmed that these were indeed the words of a senior cabinet minister in the British Government, and therefore it could not just be a load of old tubthumping, self-aggrandising, Third Reich-era steaming pile of pig ignorant EDL-Master Race horseshit, because a man spewing such bollocks couldn’t possibly be in a senior position in the best country in the world if it was.

One jubilant Brit said: “This is wonderful news, and right before Christmas too! After Matt Hancock and Jacob-Rees Mogg’s pitifully shameless attempts yesterday to claim the-Brexit-that-hasn’t-happened yet had anything at all to do with the approval of the new vaccine, I began to think we had the worst set of charlatans in charge I’ve ever seen.

“A complete bunch of irredeemably dishonest, openly corrupt, self-serving, posh-public-school-boy bullying arseholes. But then Mr Williamson came along and changed everything!”

Another added: “We’re the best country in the world! It’s a fantastically unexpected result after watching it implode over the past four years!

“They’re all going to have to go now – Boris and his never-ending lies and contracts to his Eton mates, Priti Patel and her shamefully tolerated bullying, Michael Gove and his fraudulent promises about easy Brexits and sunlit uplands, Jacob Rees Mogg and his unhinged 18th century values – all of them, they’re going to have to go, because not one of those disingenuous chodes can possibly be in any position of superiority in the best country in the world. This is great!”

“I wonder who we’ll get in now? A re-animated Nelson Mandela? Abe Lincoln? Mother Theresa? Santa Claus? I can’t wait to find out but you know they’re going to be wonderful, because we’re the best country in the world!”

Scotland so hard-arse even its snow comes with thunder