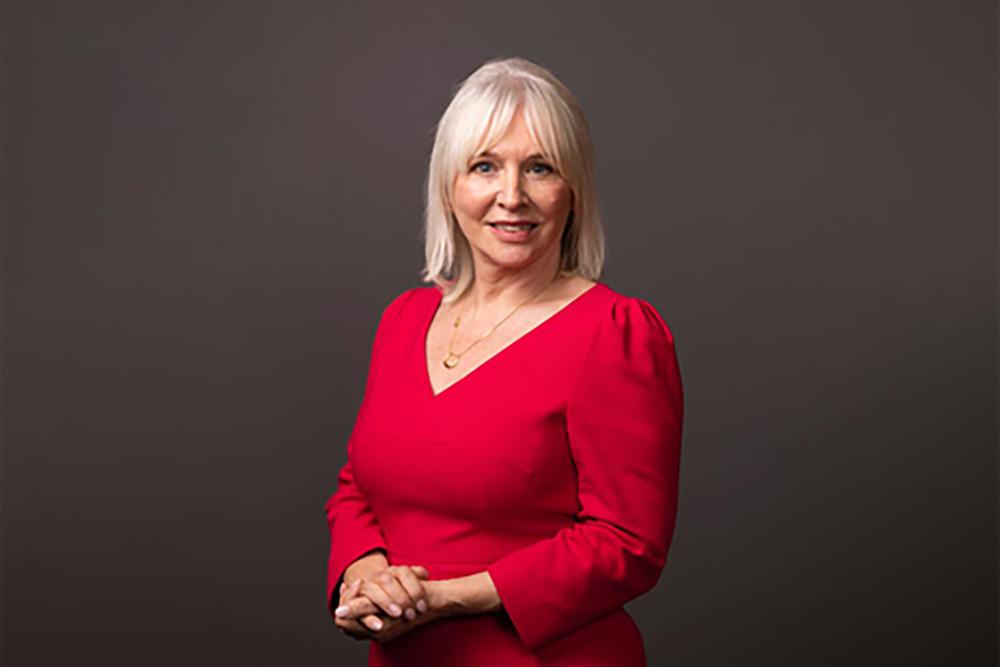 The environmental activist group Tyre Extinguishers are rumoured to be turning their attention to Westminster’s prevalent receptacle of hot air, Nadine Dorries.

The Tyre Extinguishers have been making headlines for letting the air out of the tyres of SUVs and 4 x 4 vehicles, to make a statement about pollution and the current climate crisis.

The group are now said to be targeting Nadine – who has been dubbed ‘The Windbag of Westminster’ – following her unsolicited vocal involvement in the Tory leadership race.

A whistleblower has revealed details of the activist group’s new plan to deflate Dorries to members of the press.

The anonymous tipster’s statement reads: “I have it on good authority that environmentalist group the Tyre Extinguishers plan to fit a removable air nozzle into the side of Ms Dorries’ torso to let the air escape – rather like the kind of thing you use for filling water balloons. I have attended one of the activist organisation’s meetings and seen the impressive blueprints for their scheme.

“They plan to use non-invasive surgery, under the cover of darkness, to install the tap. This will happen after they have plied her with a non-suspect free gift basket of expensive Rose wine or the like.

“Once the air tap mechanism is installed, they plan to leave it set on open for the entire night – as they say she is so full of hot air that it is likely to take 10 times longer than a humble tyre’s deflation.”

Members of the public have been taking to Twitter to voice their opinions on the matter. An overwhelming majority of people seemingly agree with the group’s extensive plans for deflation, and #deflatedorries has been trending on the platform over the course of the last few days.

Mrs Angela Blancmange, 46, from Kent said: “Yeah she needs a good deflating. I’ve got a personal bone to pick with her.

“My teens won’t go to Claire’s Accessories now after they read her comments about Liz’s earrings. Yeah cheers for that Nadine – it’ll all be bloody Pandora now and cost me twice the price. Just what I need during this cost of living crisis. They go through jewellery like it’s water – which is also too fucking expensive, mind you.

“My boss is also at his wits’ end because he can no longer wear his beloved Prada suits without his employees shouting, ‘Alright Rishi Sunak?’ every time he enters the breakroom. It’s been detrimental to his self-esteem.”

Mr Gavin A. Laugh, 37, from Bristol, said: “At first I didn’t really believe in the cause – I was just using the group’s protest statements with the tyres as a brilliant excuse to go into work late.

“But now after hearing of their plans for Dorries, I wholeheartedly support them. Let them take a bit of air out of the human windbag – it’d be nice to have a break from her bullshit on social media and the news.”