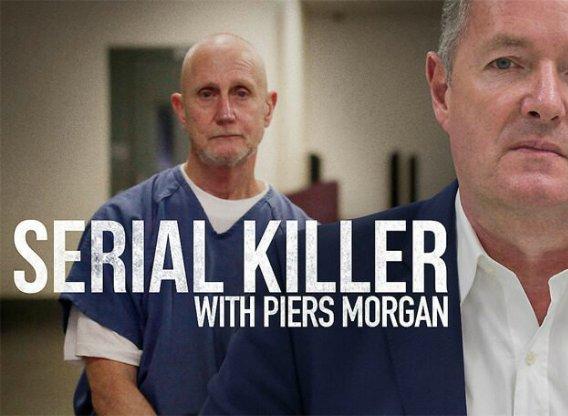 Netflix has been inundated with complaints from viewers after re-running old ITV show Serial Killer with Piers Morgan.

People who did not see or hear about the programme during its original run on terrestrial television are angry at what they feel is an ambiguous title which suggests one thing but delivers another.

One said in an email to the subscription broadcaster: “When my husband and I read the description of one episode, it said we’d get to watch as Piers Morgan was brought into contact with people who had mercilessly slaughtered countless victims.

“We were led to believe he’d be getting up close and personal with psychopaths who had dispatched their fellow human beings by shooting, stabbing, strangling, burning, poisoning, garroting and, in many cases, inflicted unspeakable suffering and degradation.

“Imagine our disappointment when we eagerly tuned in, only to realise Mr Morgan was merely in conversation with the serial killers.

“It’s not even as though the conversations had any purpose beyond pandering to the putrescent ghoulishness of the rather dim.”

Netflix has promised to amend its descriptions of the episodes for clarity.

A spokesdismemberer for the American Association of Serial Killers, Mass Murderers and People Called Bubba with Belts Made of Nipples said: “We share the disappointment of Netflix viewers.

“Even though none of this is our fault, we can’t help but feel we’ve let them down.”

"Just lay off him!" says Boris-supporter who years later still goes on about that time Corbyn didn't bow deeply enough