Tories thank M25 demonstrators for excuse to lock all protesters up 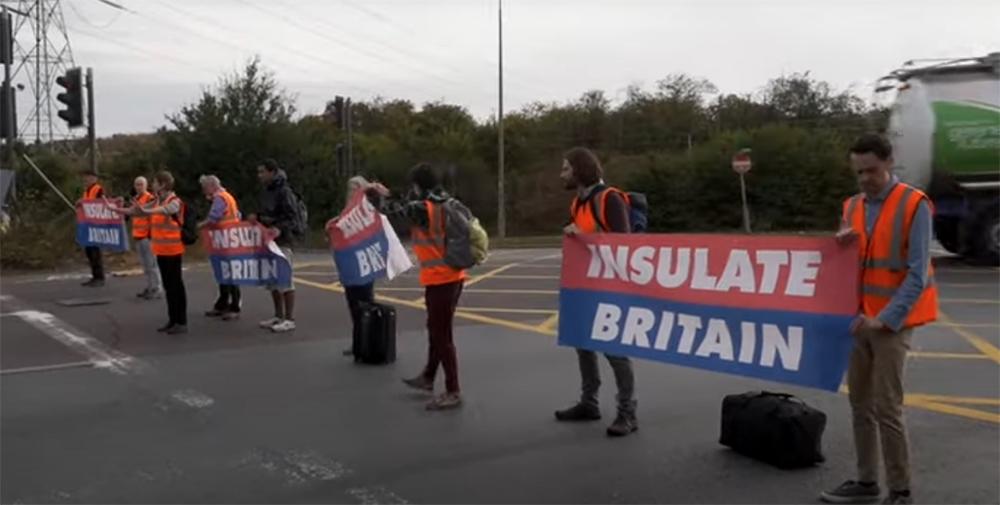 “Credit where credit’s due,” said a Government spokesperson in a briefing today, “the M25 demonstrators couldn’t have come along at a better time.”

The demonstrators chose to press the entirely worthy cause of promoting energy-saving home insulation by sitting smugly in front of traffic on the M25, bringing misery to countless thousands. Home Secretary Priti Patel has ordered a police crackdown.

The Government spokesperson said: “The well-fed faces, cut glass accents and arrogant demeanour of just about every one of the protesters who spoke to news crews on the M25 was the icing on the cake.

“Just like Extinction Rebellion, they have chosen not to bring their grievances to the doorsteps of the powerful but rather make complete pains in the arses of themselves to a vast swathe of the population.

“This means even more of the general public think of environmentalists not as planet savers but as privileged wankers with no regard for ordinary people on their way to and from work, hospital appointments, vital visits to ailing loved ones and so on.

“That in turn means we in Government can pay less attention to the environment - and won’t have to do anything to inconvenience the planet-wrecking corporations which provide us with donations, lucrative consultancies and so on.

“As if that were not enough reason to praise the M25 demonstrators, they’ve helped to ensure we can probably get away with having even the most legitimate protesters grabbed, battered and jailed.

“This couldn’t have been a better outcome for us, not even if the people blocking the M25 were in fact agents provocateur secretly encouraged or even employed by us.

“Which they’re not, of course. Just because they mostly come from the same social class as most of us, and sound as though they or their mothers and fathers went to the same schools and universities as us, there’s no reason to jump to untoward conclusions.”