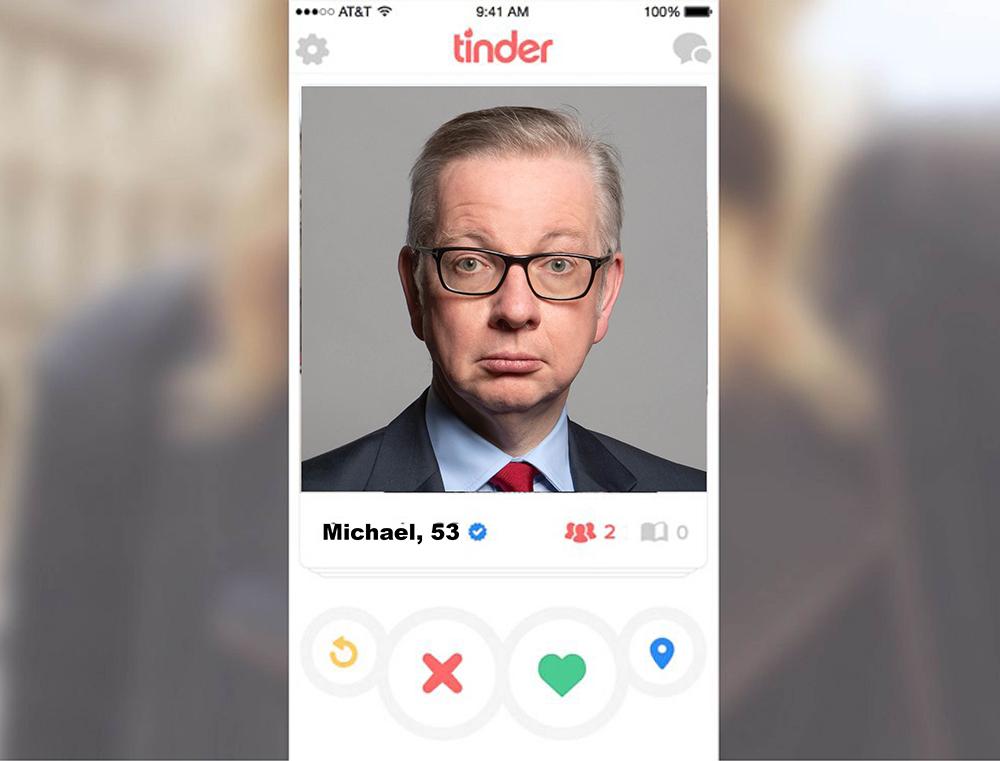 The breakdown occurred at 9.17pm yesterday evening, 23 minutes after the newly single Government Minister created his account and made it go live.

And now thousands of women who caught a glimpse of 53-year-old Michael Gove’s dating profile are having to be treated for post-traumatic stress disorder.

Tracey Higgins, 54, of Uttoxeter, said: “I went on Tinder as usual last night. I’ve been on the app for about 18 months since I separated from my husband and usually I expect to see the normal amount of losers, liars and dick pic senders, but nothing prepared me for Michael, 53, of Westminster.

“Luckily one of my neighbours popped round a few minutes later just as I was trying to gouge my eyes out using a couple of soup spoons and stopped me doing any lasting damage.

“But I don’t think my brain will recover any time soon. Some things are just not meant to be seen.”

Tinder technicians are desperately trying to resolve the situation today and have sent support advice out to any women who accidentally might have caught sight of the horrifying profile.

Colin Lovegod, senior swipe technician at Tinder, said: “It’s as if the app tried to fry its own circuits out, which is weird as an app exists on the cloud and doesn’t have any circuits. All of our servers spontaneously caught on fire and our entire building was subject to a ‘Swipe Left’ alarm, which is the worst kind of alarm you can get.

“We now have technicians going in wearing full biohazard suits to try and rectify the situation but we’ve got a feeling it might be beyond repair and we’ll simply have to start again and build a new app from scratch.

“Apparently some of the pictures uploaded by the Minister were not meant for mortal eyes. There was even one with him inexplicably holding a fish, another of him sitting on a souped-up car looking proud, and one of him posing in front of a tiger. But we think the picture that did the most damage was the one where he was shirtless.”