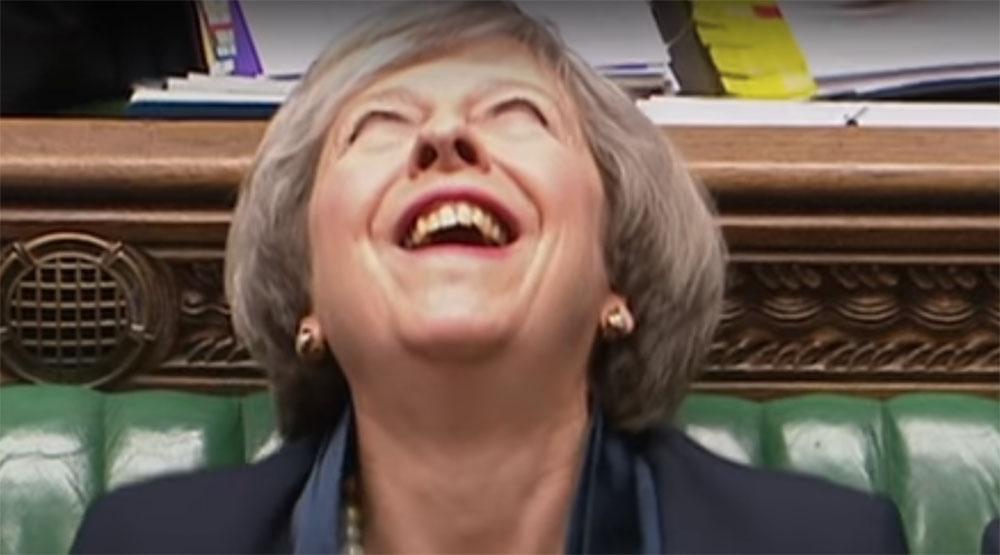 The report revealed that Mrs May had not enjoyed herself so much as she has this past fortnight since that time she wowed some locals in Nairobi by cutting some remarkably gyratory, seizure-like dancefloor shapes in front of them.

In the past few weeks Mr Johnson’s well documented lies, half-truths, quarter truths, obfuscations, filibustering horse-shittery and feebly half-hearted misdirections have all seemingly finally caught up with him, leaving him hanging onto power by a thread and a mutinous party ready to bury him in the next ditch they can find.

It’s a situation that has left Mrs May with a broad smile not seen since the moment Donald Trump finally released her from his grubby, sweaty and suspiciously tiny grip, following one of those times he decided to grab a fellow world leader without consent.

When asked for comment Mrs May said: “I will not confirm, nor will I deny, the existence of this report,” after which she clicked her heels together, whistled a jaunty tune and helped herself to a large box full of back-stabbing knives they keep tucked away under the Commons benches.