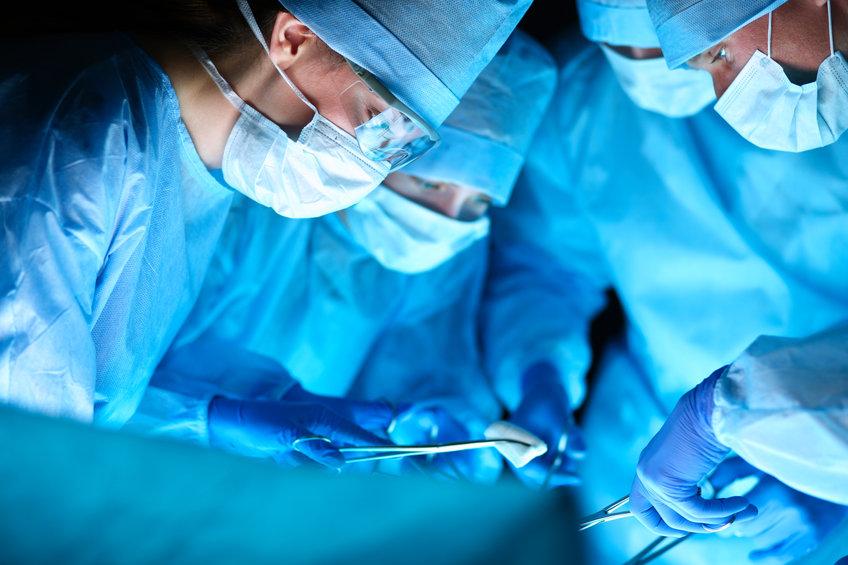 Leading surgeons have finally admitted defeat today in their long running battle to remove the Culture Secretary Nadine Dorries from the Prime Minister’s bottom, where she has been firmly lodged since 2019.

Some very sad looking doctors read out the following statement to the press shortly after 10am today: “It is with a heavy heart we announce that, despite our best efforts and over three-and-a-half years in the operating theatre, we just cannot extract Ms Dorries from the Prime Minister’s rectum, and we now fear the condition is terminal.”

The operation to clear the Prime Ministerial poop chute has ushered in many new pioneering medical techniques but unfortunately it seemed no matter what doctors suggested the PM do, or how indefensibly outrageous, hypocritical or outright illegal he behaved, the Culture Secretary just could not be shifted from her ever-deepening position inside his windy valley.

One of the surgeons confirmed rumours that the operation to remove Ms Dorries was originally a request from Mr Johnson’s wife, Carrie. He said: “Yes, I can imagine that must have been pretty awkward in the bedroom for them. I don’t want to, but I can.”

Another added: “We believe the original rectal-burrowing began around 2019, when Mr Johnson promoted Ms Dorries - a prominent and vicious opponent of gay rights, the unemployed, racial minorities and many other vulnerable groups - to the position of Minister of State for Mental Health, Suicide Prevention and Patient Safety using, presumably, all the same levels of compassion and foresight that would see Dracula put in charge of a local blood bank.

In the following years it seems the situation rapidly deteriorated, with Ms Dorries being forced to come up with ever-more-implausible excuses and increasingly contrived, unjustifiable positions to defend her employer for the sake of her continuing advancement.

“With each passing shouty interview, hate Tweet, and childishly theatrical shrug in front of a Commons Select Committee, a bit more of Ms Dorries’ head became lodged in the Prime Minister’s rear end.”

In desperation, the surgeons suggested the PM promote Ms Dorries to an even more ridiculously unsuitable position, such as making a famous hater of informed, intelligent news coverage and a vociferous opponent of funding the very institutions that produce so many of our nations’ arts the Culture Secretary, for example, in the hope that she might simply be flushed by her own sense of shame.

Sadly, it did not have the desired effect. “That was the last time anyone saw her neck,” explained the surgeon.

Ms Dorries’ head leaves behind two very angry fists, a bottom of her own which she has become quite proficient at talking out of, and a visible trail of Faustian Pacts, including three increasingly angry ‘final payment demand’ letters from Satan.

AD: Is YOUR nation suffering from a stubborn infestation of Prime Minister? Call in the experts now!