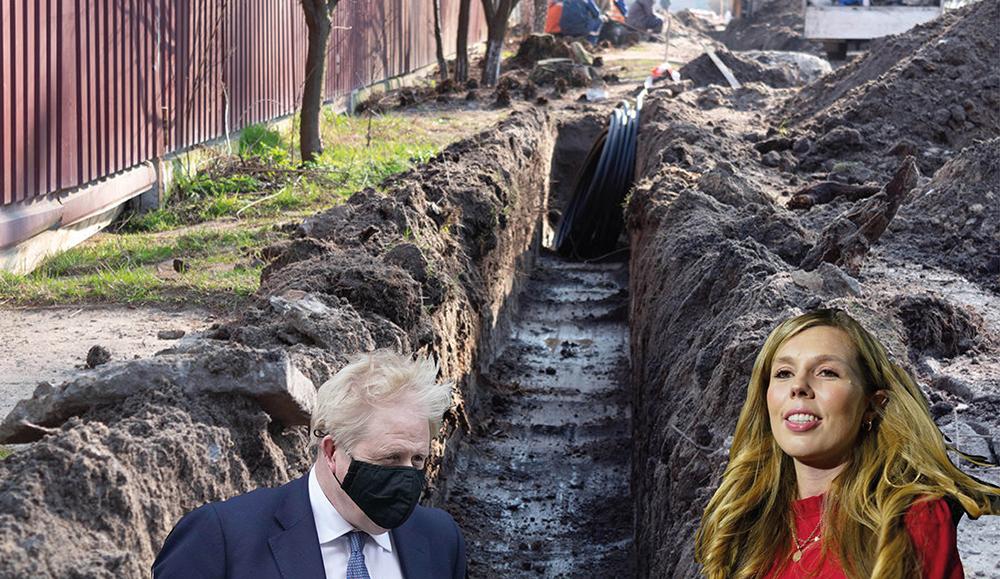 Sue Gray, the investigating civil servant tasked with hammering the final nails into PM Boris Johnson’s coffin, has advised his wife Carrie that now is the time to begin the arduous process of redecorating their next home.

Speaking exclusively to the News Elephant when she almost certainly should have been doing something more important, she said: “We’re all aware Carrie’s only just finished redecorating number 10, at great taxpayer expense”

“So I thought it only fair to warn her that, well, basically her husband has been lying through his teeth and a move for the pair of them is imminent – with the most likely relocation being to a small roadside ditch off the side of the A49 in Shropshire.

“It is, after all, what Boris has always claimed he wanted. So for once, I thought it’d be hilarious to actually make him follow through with it.”

The small roadside ditch near Ludlow once contained the remains of an iron age king, though he is not said to be too fussed about the Johnsons moving into his old grave where he was once stabbed to death with a chicken bone by a jealous cousin: “To be honest, I’d really let that ditch go in the past couple of millenia, it was a bit of a John Lewis nightmare, so could probably do with a wench’s touch.”