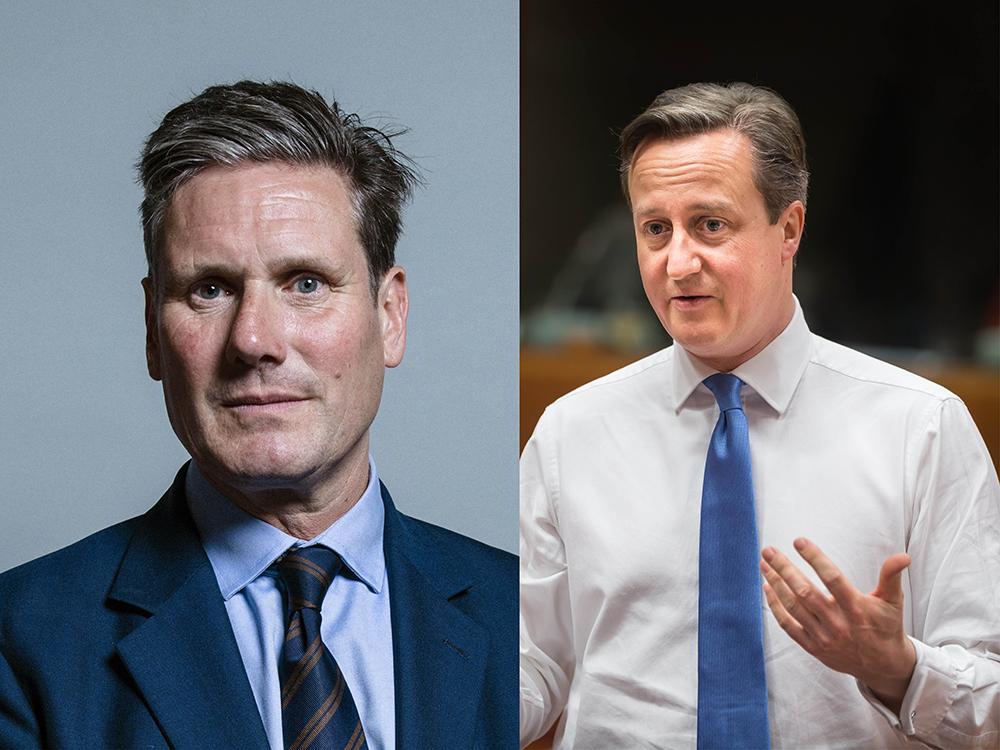 The two have been working for several months with experts in male grooming products and are about to launch their Face Like a Freshly-Smacked Arse range.

A spokesperson for the brand said: “Sir Keir and David have a great working relationship in spite of their very, very slightly differing political standpoints.

The range includes a variety of exfoliants, aftershaves, lotions, shaving requisites and unguents, all of them carefully formulated to give the face of the user the sort of glow associated with a generous arse that’s just had a vigorous going-over in a Soho spanking parlour.

Early suggestions for the name of the range included Cecil, in tribute to the late Conservative Party chairman Cecil Parkinson, who was nearly as well-known for having a face like a freshly-smacked arse as he was for being a lying, child-abandoning, hypocritical adulterer. However, Mr Cameron and Sir Keir eventually decided that calling the range Face Like a Freshly-Smacked Arse would make a less ambiguous statement, especially among younger people.

'My Government's repeated mistakes might have led to thousands of unnecessary covid deaths, but at least I'm not Jeremy Corbyn,' says Boris