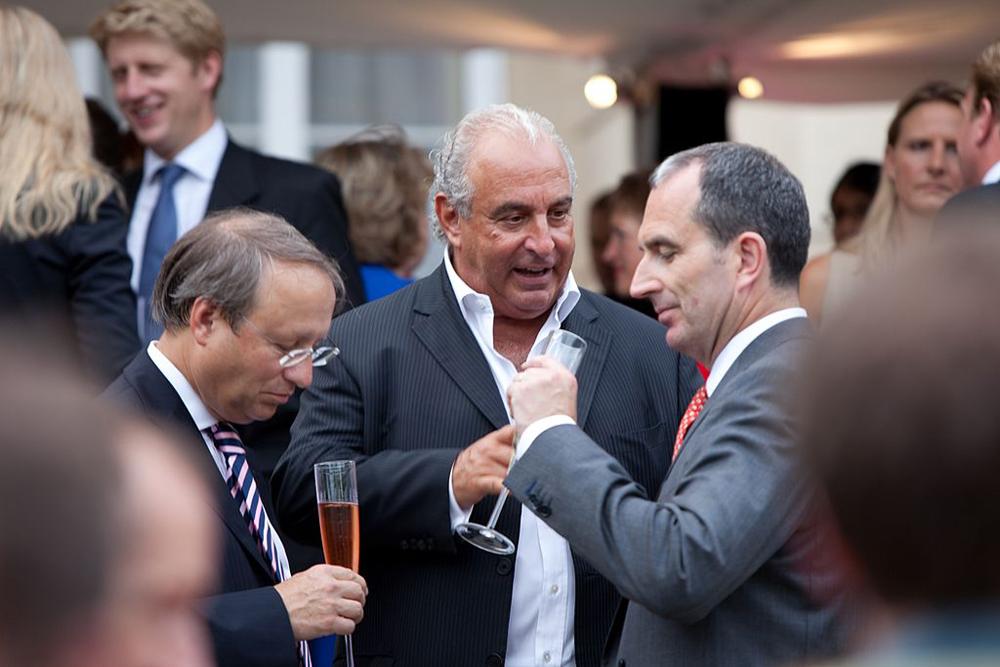 Every shop in the troubled Arcadia Empire is to be torn down and an enormous statue of boss Sir Philip Green baring his buttocks put in its place.

The move is the latest development in the saga of the retail giant, which includes high street names familiar throughout the country for generations, such as Dorothy Perkins and Topshop.

The organisation recently collapsed into administration amid fears for 13,000 jobs and profound concerns about a massive pensions black hole.

Business insiders have revealed that Sir Philip, understood to be down to his last superyacht and private jet, and with only a couple of billion or so to rub together, has ordered a radical change in direction for the store chain.

Every branch of every Arcadia empire shop in every town and city will be torn down, the ground levelled and a 100ft marble statue erected of Sir Philip bent double with his trousers and underpants round his ankles, baring his buttocks at all and sundry.

Each buttock will be inscribed with the word, ‘HA!’”

In addition, each statue - larger towns and cities will most likely have several - will stand on a 50ft gold-plated plinth. Each of these plinths will bear the inscription: “WHAT ARE YOU GOING TO DO ABOUT IT, PEASANTS?”

The Government and relevant financial authorities said in a joint statement: “This is a disgraceful state of affairs which we take very seriously.

“Sir Philip can rest assured that, as per usual, he’ll get completely away with whatever he does, keep his knighthood and return to his massive yacht off Monaco without a care in the world.”

Adulterous politicians' lives in chaos over 'one household' rules