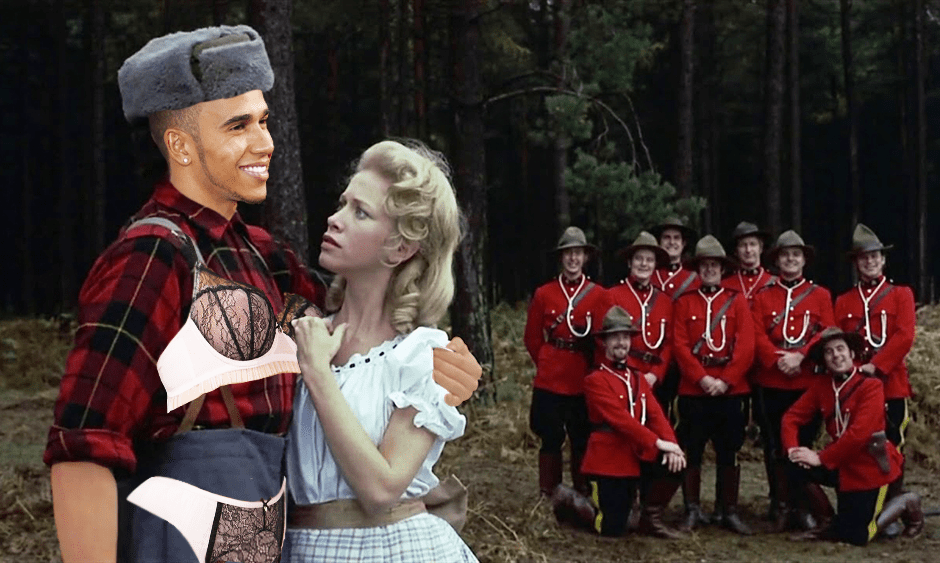 Sir Lewis Hamilton says he is ‘a lumberjack’ and ‘he’s alright’ now council have granted him permission to cut down sugarplum tree outside his home.

The F1 driver has recently won a planning dispute to remove the tree after complaints were made to the Royal Borough of Kensington and Chelsea Council by local residents.

Lewis’ neighbours believed he would be ‘destroying nature’ by cutting the tree down and have not taken too kindly to the racing star’s destructive garden endeavours.

Dee Snuts, 62, who resides four houses down from the driving aficionado, said: “I think it’s a travesty. As soon as the council granted him the tree surgery permissions, I saw him practically sprint down to Ann Summers to fetch himself a bra and matching suspenders.

“You can hear him out there singing as he works to hack down the beautiful tree. It’s relentless, he sleeps all night and works all day… and he keeps telling me he’s okay for some reason.”

Mrs Snuts also reported that the tree contained a dead parrot, but these claims were unfounded.

Some of the locals, however, are choosing to side with Mr Hamilton on what has been coined ‘Tree-gate’ by other Kensington residents.

One of Hamilton’s neighbours, Norman Mince, 57, said: “I can see where he’s coming from – I mean I wouldn’t another man telling me what to do with my sugarplums! It’s a matter of principle.”

Mr Hamilton explained that his war on trees did not start with this sugarplum in question.

He said: “This isn’t my first rodeo. I hacked down a horse chestnut tree that was giving masses of pigeons license to shit in my garden.

“It was madness, you’d walk out the French doors to enjoy your champagne breakfast and the garden would look like Jackson Pollock splattered it, whilst going through a white, green, and black phase. You’re talking mounds of shite everywhere – it was like being back in Stevenage.

Mr Hamilton explained that he found this recent experience of chopping the tree down to be different, and rather more enjoyable than before.

He said: “I feel like I’ve cracked a code with this new get-up. The lingerie is helping me get into the groove you know? I now feel like a proper lumberjack - like I could take on any tree.

“I’ve already been eyeing up natural eyesores that are just standing there in my neighbour’s gardens – doing nothing but sequestering carbon, the rotters! My sights are on the Giant Redwood, the Larch, the Fir, the mighty Scots Pine, the lofty flowering Cherry, the plucky little Aspen, the limping Roo tree of Nigeria, the towering Wattle of Aldershot, the Maidenhead Weeping Water plant…well you get the picture.”

Rishi Sunak under pressure to bail out England's Wank Bank