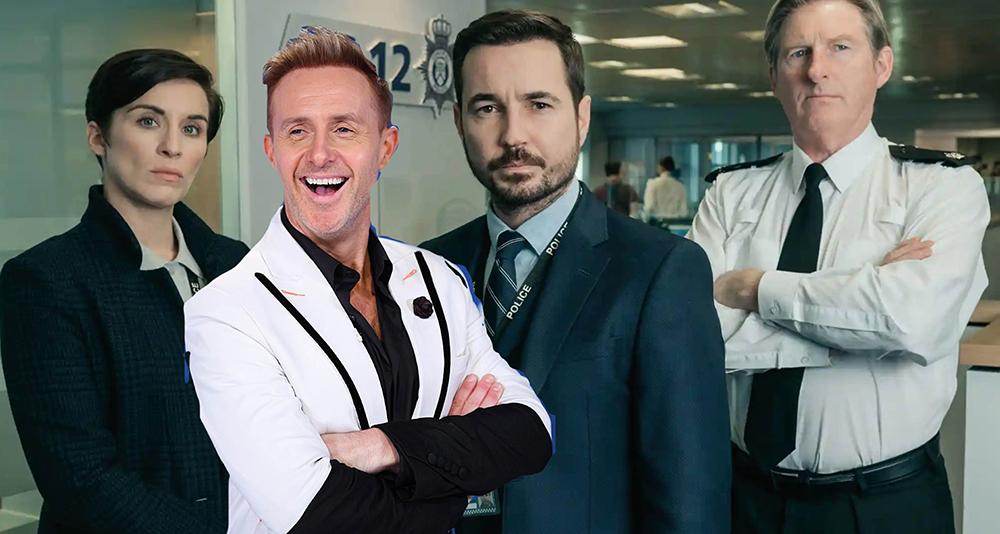 Line of Duty fans were left reeling last night after several clues throughout the past six series of the popular show had been pieced together to reveal that the mastermind of the OCG (organised criminal gang) was actually ‘H’ from Steps.

According to writer Jed Mercurio the clues about the identification of the mysterious ‘H’ had been littered throughout its run.

He said: “If you listen closely you will hear one of the core cast mention at least one title from Steps’ seminal album ‘Steptacular’ in each episode. It’s a ‘tragedy’ that you’ve missed it. In one episode in Season Four, you can see Steve Arnott wearing a Steps waistcoat as he sings ‘Deeper Shade of Blue’ to the camera. It is meant to be a pun about the ‘thin blue line’ and how AC12 are a deeper shade of blue than the rest of the policing units. I thought people would guess the ‘Steps’ connection at that point but they never did.

“I was obsessed with Steps in the late nineties and that is why I thought I would make a really complicated show about police corruption to honour the band especially my favourite member ‘H’.

“When we finally do the big reveal, it is planned that the entire cast, even the ones who were killed in previous seasons, would return for a big song and dance number in AC12’s offices with Steps themselves coming along to really bring the show to a fantastic and unexpected conclusion.”

Welsh singer Ian Watkins said from prison: “You’ve got the wrong Ian Watkins mate. I’m the one from Lost Prophets. Try the other one!”

The other Welsh singer Ian Watkins, who goes by the name H from Steps, said: “How did you get to speak to the other Ian Watkins? That prison’s security must be lax!

“Anyway, Jed approached me a few years ago and said he would be doing a show about ‘H’ but it would be ages before I would be identified as the OCG mastermind. I had to keep schtum for years. I hope people really get on board with the fact that the whole show has just been one big homage to the album Steptacular. It’s such a good album and I reckon it’ll bring it to a whole new audience.”