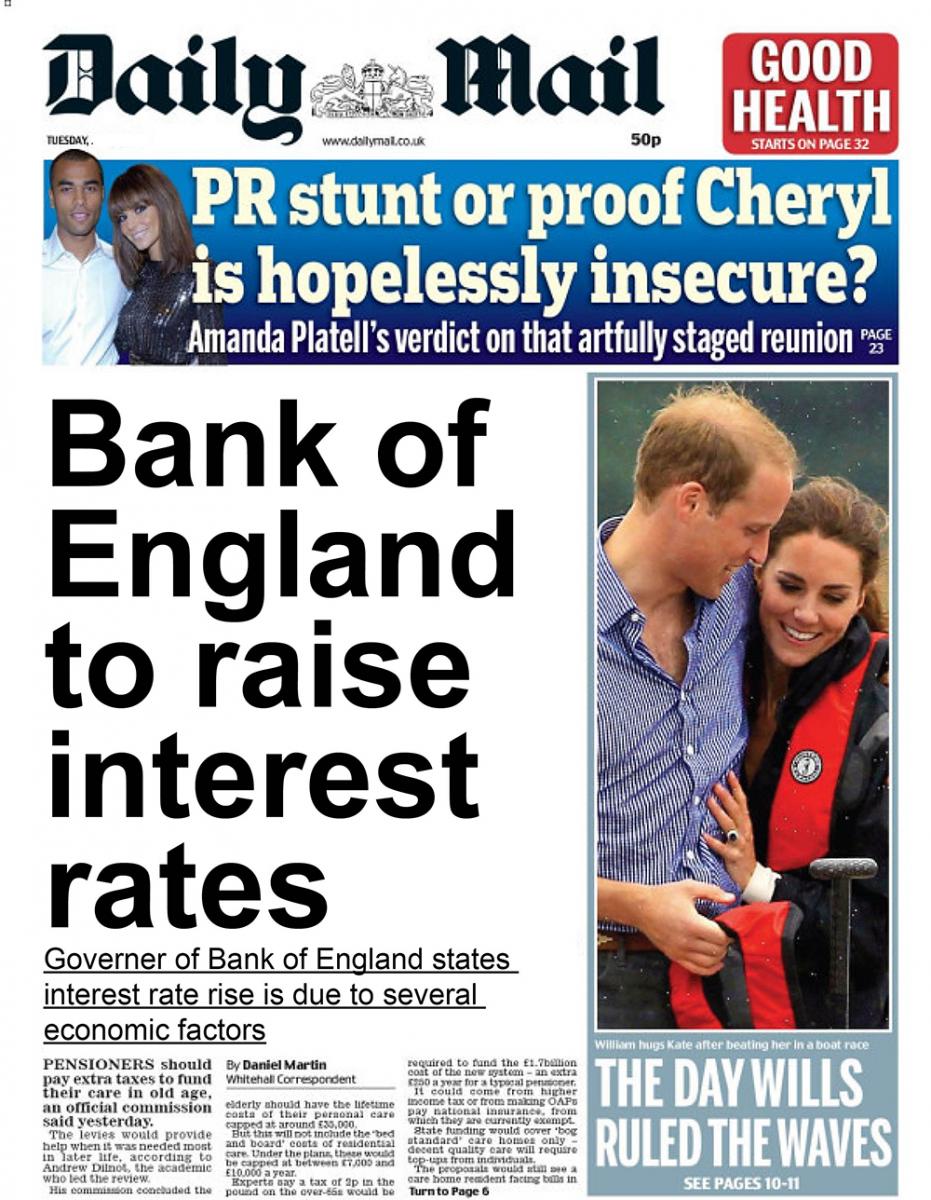 The media industry and the people of the UK were in shock last night after a Daily Mail story failed to stir any outrage whatsoever.

The story, which was a straight report on The Bank of England raising interest rates, failed to blame benefit cheats, asylum seekers, the EU, leftie snowflakes, Gary Lineker, Meghan Markle, the BBC or even climate change protestors.

One reader Derek Trotman, of Southend in Essex, said: “It was really weird. I read the story about the need to raise interest rates due to several different economic factors and realised afterwards that I didn’t feel outraged at all.

“I’ve not not felt outraged for at least 20 years. There didn’t seem to be anyone to be angry at. I stood up from the table, opened the curtains and realised it was a lovely sunny day. I hadn’t felt this at peace with the world for years.”

An internal inquiry has now been launched at Northcliffe House in Kensington, the home of the Daily Mail, to how this could possibly have happened.

Editor Geordie Greig said: “We would like to apologise to all of our readers that this was allowed to happen. The reporter in question said that he couldn’t find a way of shoehorning a scapegoat into this straight finanical story and amazingly it still managed to go through all of our checks and balances to end up on the newstands.

“The reporter has now been fired and we are also looking at getting rid of the sub-editor who didn’t pick up on it as well as the night news editor who didn’t check the copy thoroughly enough.

“We know that our readers like to be kept in a state of perpetual outrage and we promise that this won’t happen again. All I can say is that this wasn’t our fault but probably the fault of some asylum seeker somewhere or Gary fucking Lineker.”

Satirical website unsure what to do on April Fool’s Day, disappears in puff of logic

Left out, sidelined zombies assured they can be part of the next pandemic