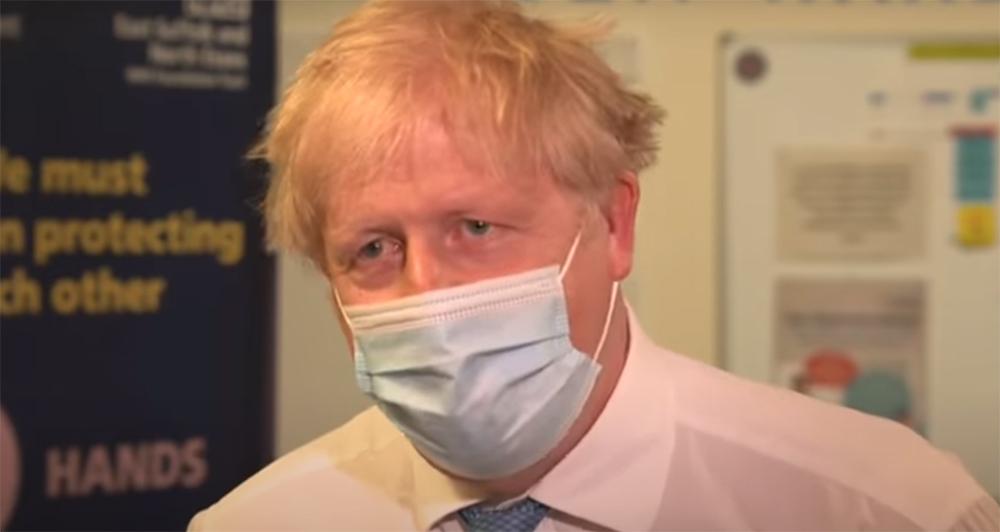 Reeking Prime Minister Boris Johnson today refused to comment on whether he had shat himself.

Speaking in a press conference at 10 Downing Street as shit cascaded down his trouser legs and heaped around his expensive shoes, Mr Johnson insisted it would not be appropriate to speak about the matter until a senior civil servant had completed an enquiry into whether he had copiously dropped his guts into his kecks.

Mr Johnson declined to be drawn on why, in spite of the fact that his entire lower body had clearly been completely coated with shit for months, he had previously promised the nation and the House of Commons that he had not shat himself, that none of his colleagues had shat themselves and claims of anybody in his team having shat themselves were malicious lies.

He had maintained this line even after footage emerged of a senior official laughing and joking about everybody shitting themselves.

At today’s press conference, his voice barely audible over the buzzing of an excited cloud of flies which surrounded him, together with the unmistakable sound of yet more excrement being discharged from his nether regions and splattering about his feet, the holder of the highest elected office in the land refused to address the matter any further.

Mr Johnson, by that time standing in a putrid mound of shit which reached almost to his knees, said: “I sympathise with people who obeyed rules such as using a toilet to take a shit, removing their lower garments prior to taking a shit and not just shitting all over themselves like filthy, dirty, selfish, arrogant, contemptuous, contemptible sociopathic beasts.

“However, I shall not be making a full statement until the conclusion of the entirely independent and completely unbiased investigation into whether I shat myself.”

The investigation is to be conducted by an as yet unidentified senior civil servant whose ultimate boss is effectively the very person whose activities they are investigating.