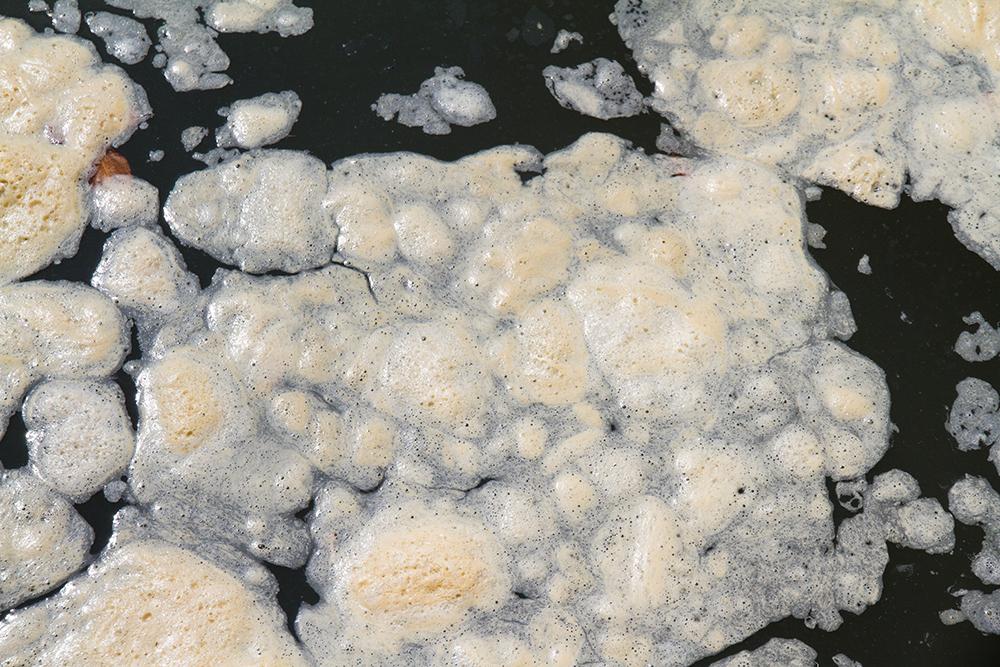 Patches of scum throughout Britain are disgusted at being compared to senior members of the Conservative Party by Labour’s Angela Rayner.

She has refused to apologise to the Tories, but the expanses of scum insist it is they who are owed the apology.

Typical among the outraged scum is Dennis, a large patch of stinking algae who has lived for many years on a stagnant pond on the outskirts of Chester.

“For too long,” he said, “people have been getting away with the casual use of anti-scum terminology and comparing us to all sorts of disgusting, rotten and revolting things. What Angela Raynor said is completely unacceptable and we’re not going to take it lying down. Well, actually we are going to take it lying down because we don’t have central nervous systems, but you get the point.”

“Firstly,” he explained, “unlike Conservative politicians, scum is useful. For example, scum on ponds - and I am proud to count myself as a member of that noble group - can be anything from a vital food source for fish and birds to a lifesaving warning of toxicity.

“Then there’s scum on the surface of molten metal, which shows impurities have been removed and the metal will be strong and safe to use. And what about scum rising to the surface of liquids during chemical experiments, especially during the making of essential medications? Without the scum, how would the chemists and medical researchers know their experiments were working?

“Our other objection is that putting scum in the same category as Tories is simply unfair to us. When did you last hear of scum failing to tackle a pandemic and costing tens of thousands of innocent people their lives? When did you last hear of scum underfunding education? Or handing out lucrative contracts to their friends and family? Or appointing friends and family, no matter how completely bloody useless, to cushy jobs where they get to stick their filthy snouts ears-deep into the pockets of hard-working ordinary people? Or lying as casually as most humans eat a bag of crisps? Or making rules and then breaking them so as to be able to commit adultery?