Rooney punished by having his tyre swing taken away 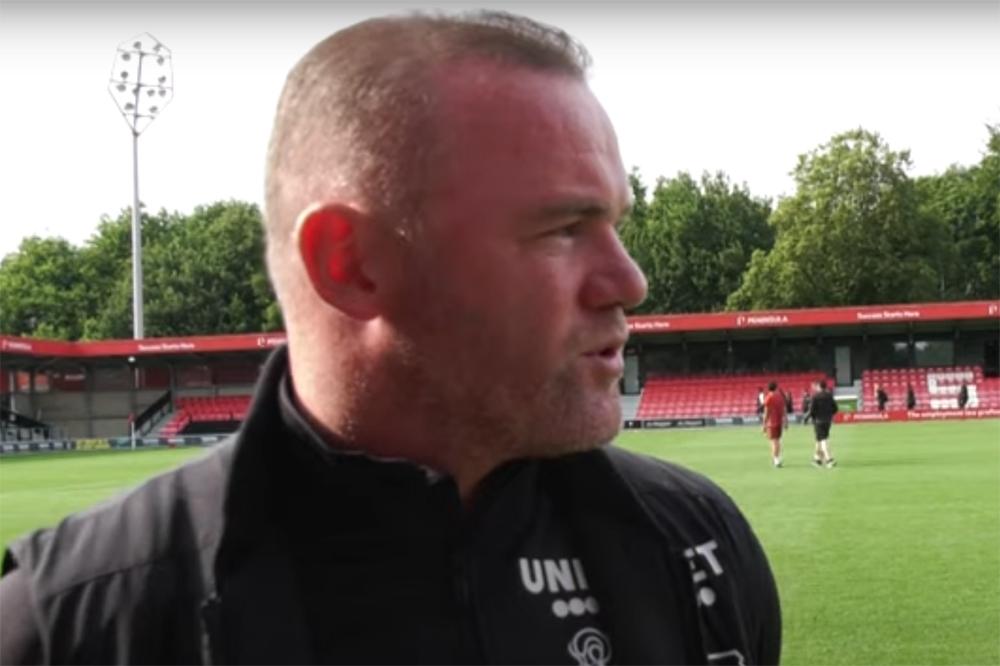 Derby County bosses have ordered that manager Wayne Rooney has his tyre swing confiscated for a fortnight.

The severe measure is punishment for the embarrassment he brought on the club when he was recently photographed asleep in a downmarket hotel room while three much younger women posed nearby.

There is no suggestion that Mr Rooney behaved improperly with the women. He has apologised to his family and colleagues, but Derby County chiefs are understood to be unwilling to let his conduct go without consequences.

An insider said: “Wayne really loves his tyre swing, so this will be a far more meaningful punishment than a fine. After all, what’s a few thousand pounds or even a few tens or hundreds of thousands of pounds to a person with a nine-figure fortune?

“At first the bosses were so livid that they were saying even taking his tyre swing away wasn’t enough. There was talk of taking away the stick he uses to extract termites from their nests when he fancies a snack. However, cooler heads prevailed.

“Mind you, if he does anything like this again, he’ll really be for the high jump. I wouldn’t be surprised if they took not just his tyre swing and his termite stick but his autographed poster of Jane Goodall.”

"Stick your carrots up your arses, we want medals," say dressage horses