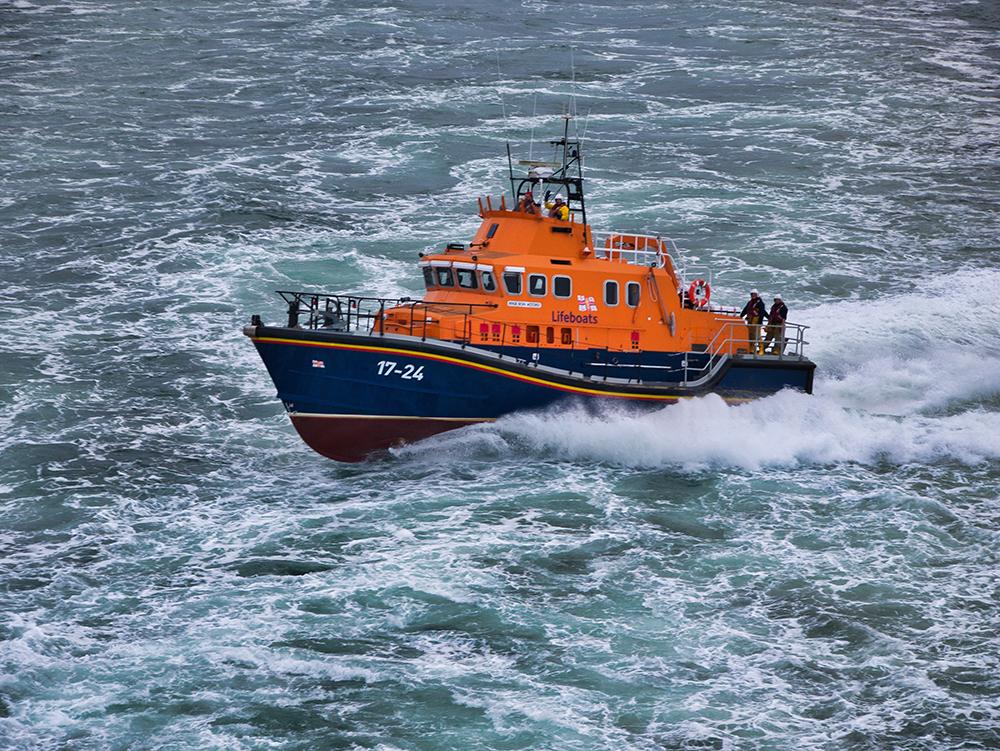 Lifeboat crews have responded to horrible bastards who criticise them for rescuing desperate migrants from flimsy boats in the Channel.

Some of the disgusting shagnasties have even hurled abuse as crews of volunteers, all of whom risk their lives every time their vessels are launched, brought half-drowned and terrified human beings ashore.

Nigel Farage has distanced himself from those shouting abuse, but has gone on record as accusing the RNLI of being a taxi service for illegal immigrants.

One volunteer said: “I don’t know why Nigel Farage is getting so worked up about lifeboats and their crews, as it’s not as though he’ll ever have to call on us. As everybody knows, shit floats, so it’s impossible for him or any waste of atoms who supports him to drown.”

Another crew member, not long back from a perilous rescue during which she and her colleagues wondered whether they’d ever see their loved ones again, added: “While it would be fairly easy to abandon migrants in dinghies or - as some lovely people have been urging - simply throw them in the sea, it would be a teensy bit illegal.

“One arsehole shouting abuse when we came ashore with some migrants the other day accused them of taking British jobs.

“All I can say to him and everyone like him is that if somebody can come here half-dead, terrified, traumatised, disorientated and not speaking a word of English, and yet is still more attractive to your employer than you are, you should probably go for a long swim in the Channel yourself.

“Preferably with an anvil chained to your leg.”

Rooney punished by having his tyre swing taken away