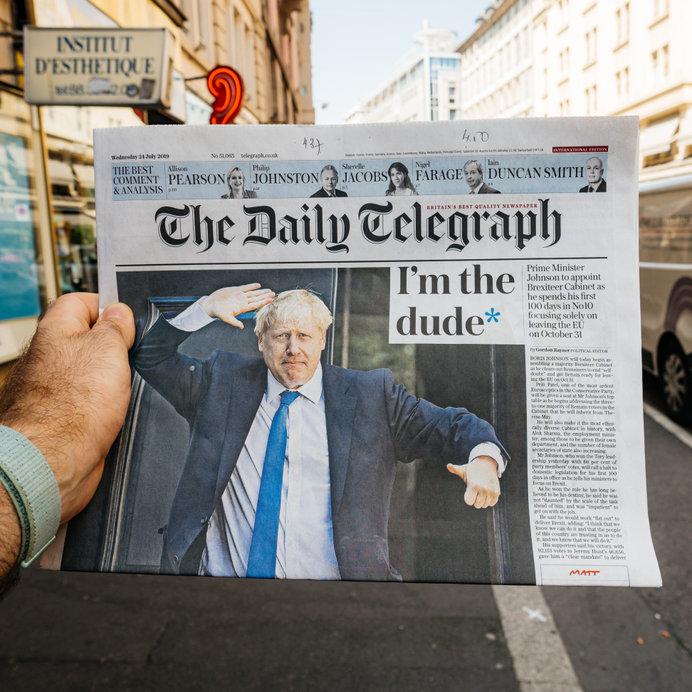 “Come to our alternate reality Great Britain! Or rather don’t if you’re a foreign sort. It’s lovely. We’re living under the best Tory Government that we’ve ever had and everything is absolutely spiffing!” said the Right Wing press in unison today.

“In our completely made up version of the United Kingdom, our paymaster Prime Minister Boris Johnson has never stepped a foot wrong. He’s never given his chums billions of pounds in PPE contracts to spaff up the wall, never presided over Europe’s highest coronavirus death toll because he would prefer to listen to some idiots on the right of his party rather than the scientists who know what they are talking about.

“In this Britain that only exists in our heads The Tories never got absolutely spanked at the local elections showing that people have had enough of their bullshit.

“The cost of living crisis that’s shoving loads of people into extreme poverty as bills go through the roof doesn’t exist in our alternate reality. No that’s only for people who live in real life. Try out our alternative. It’s lovely. Come in. The water’s warm.

“Oh but beware the bogeyman Kier Starmer. He had a beer and a curry during working hours and we’ve had to contrive and do loads of mental gymnastics to say that he is a man without honour, like our pet politicians in the Tories, despite him acting in a completely different way stating that if he is guilty of any wrongdoing he’ll stand down.

“No in our reality our Prime Minister and his minions are beyond reproach despite being found guilty of a criminal offence by having countless parties whilst his people weren’t even allowed to be by their loved one’s death beds.

“But our Government aren’t quitters. They’re not going anywhere. Not least whilst there’s so much money to be squeezed from the poorest in our society.

“For us poor folk in the right wing press, we gave up reporting the news months ago. No. All we do now is report whatever the Tories want us to report. Hammering down on anyone who might show dissent like the footsoldiers of a dictatorial regime. What’s truth anyway? We prefer our version.

“It’s nicer. And at least it’s a lot more cheeriful than the big steaming pile of shit that the Tories are turning our country into in the real world.

“And every day our front page headlines will reflect our lovely alternative reality. The words ‘Nothing To See Here’, or variants thereof, in 100pt helvetica headline font ad infinitum.”