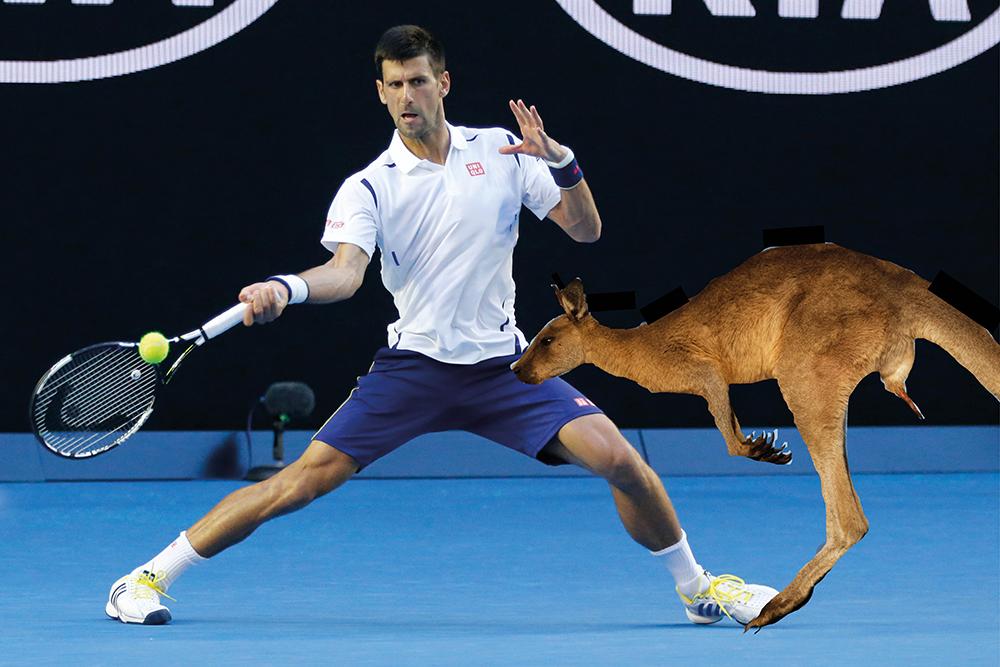 The Australian Federation of Kangaroos, Wallabies and Other Things that Go Hop has spoken of its fear that when Novak Djokovic is finally thrown out of the country, its members will become the target of his wrath.

This weekend the World Tennis Number One is carrying out one last ditch appeal to remain in the country after his visa was rescinded by Australian Immigration Minister Alex Hawke.

Skippy The Kangaroo, head of The Australian Federation of Kangaroos, Wallabies and Other Things that Go Hop, said: “Our members are extremely worried about the anti-vaxxer’s reaction to not being allowed to stay in the country. There’s nothing more symbolic of Australia than a kangaroo so we fear that he might take out his vengeance on one of our own.

“We all remember when he powered that tennis ball right at a line judge’s throat during the US Open back in 2020 so the least we can expect is for the tantrumming manchild, who doesn’t know how to follow simple public health rules, to throw his racket as hard as he can at a kangaroo.

“If not that it’s not out of this world to expect him to send some powerballs our way too.

“We are now lobbying The Government to create a few other symbolic distractions as they escort him out of the country including putting a few koalas in his path, as no-one gives a shit about them, or failing that maybe a Minogue or two, Paul Hogan or as a last resort Brad from Neighbours.

“He can take potshots at them like there’s no tomorrow just not us kangaroos.”

Documents filed in the court of appeal by the office of the Australian Immigration Minister reveal the reasons sent to Djokovic as justification for cancelling his visa.

Mr Hawke, who had just chucked another shrimp on the barbie, said: “We perceive him to be the biggest talisman of a community of anti-vaccine sentiment since Australian supermodel Elle Macpherson shacked up with world-renowned anti-vax snake oil salesman Andrew Wakefield.

“This could lead to an increase in civil unrest of the kind only previously experienced in Australia when Russell Crowe went on one of his annual ragers in downtown Sydney only to find they had run out of salt for his tequila shots. We can’t be expected to police that.”

'Phew! At least no-one noticed I got stuck in a lift,' says grinning Gove amid ongoing Downing Street party scandal