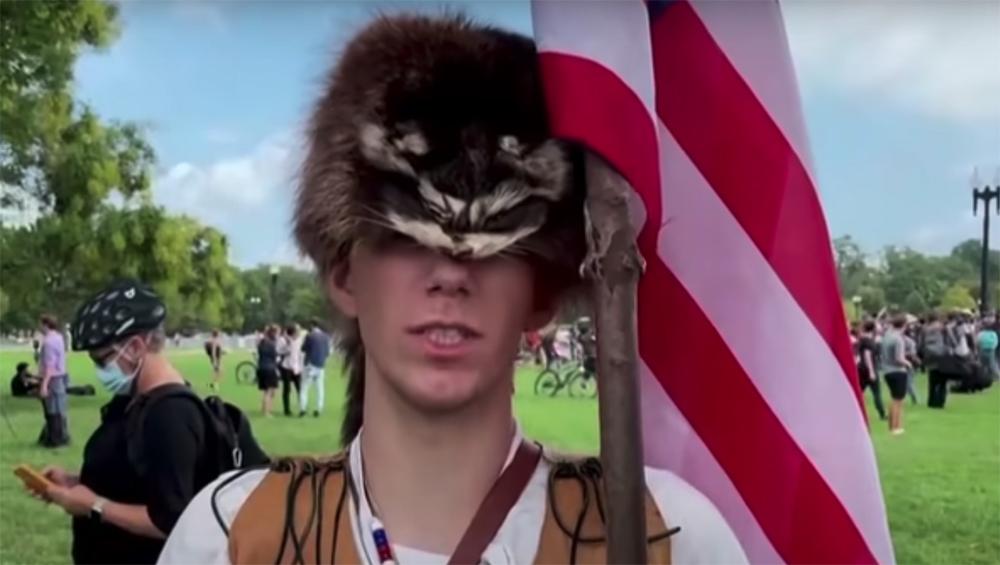 “This has been a lesson in the importance of personal hygiene and improving my diet,” said Roy the raccoon after returning to his home in the woods near a small Maryland town early this morning.

A momentary lapse in cleanliness saw Roy taken on a frightening journey which eventually saw him carried to a demonstration near the White House, held in support of the inbred Trump-supporting insurrectionists who invaded the Capitol Building at the beginning of the year.

His unwelcome adventure began three nights ago as he went in search of a snack on the edge of town.

“As usual,” said Roy, “I decided not to go in search of healthy nuts, fruits and berries as nature intended, and as my wife, Rosalind, is always telling me to, but instead dive into every dumpster I could find and eat as much rancid, festering garbage as I possibly could without exploding.

“Hey, don’t judge me - everybody’s got to have a hobby.

“Anyway, as I was strolling home I felt the call of nature and had to stop to answer it. It made my eyes water, I can tell you. When I’d finished and got my breath back, I decided not to bother wiping my posterior until the stinging had died down a little. Then I just forgot about it - and that was my fatal mistake.

“The next thing I knew, whatever I’d passed rose up and seemed to take on a life of its known. I had no idea raccoon shit could be stacked that high, and I wish I’d never found out.

“I tried my best to shake it off, but it was stuck, and there was nothing I could do to stop it from lurching over the border to DC and fetching up outside the White House.”

Fortunately for Roy, he was saved by animal rights activists who were able to prise the monstrous stool from his nether regions and take him home to a relieved Rosalind.

“I don’t know what happened to the turd,” he said, “but I have a vague memory of somebody asking it to stand for the Senate on a Republican ticket.”