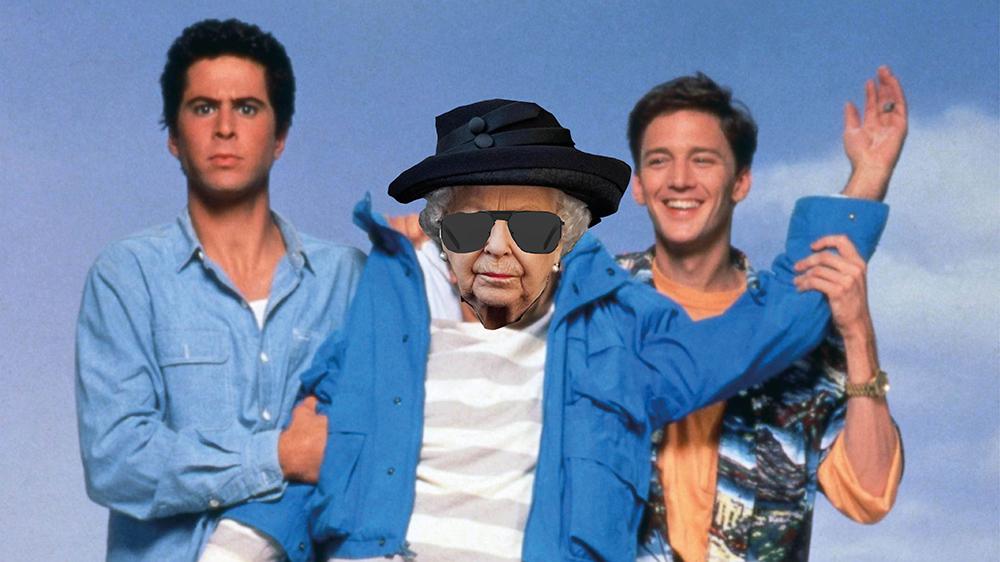 Buckingham Palace confirmed to the world’s media last night that even when Queen Elizabeth finally pops her clogs she’ll be able to carry on performing active duties thanks to a flash of inspiration that struck while watching the peerless 1980s comedy ‘Weekend at Bernie’s’.

In a statement, Buckingham Palace said: “Look, we don’t want to see King Charles III any more than you do. This country doesn’t have a great track record with Charleses, and those of us old enough to remember the first one are very worried history may be about to repeat itself.

“And with the Andrew thing likely to end badly, the last thing the country needs right now is ol’ Big Ears taking charge and bleating on about Organic Biscuits for the next couple of decades until Britain starts to wonder why it is still supporting this weird jobless family and their many Ivory Bathtubs.

“Unfortunately, the rules (which we did, of course, entirely make up in the first place and could actually change at any moment but let’s pretend we can’t anyway) absolutely forbid we ‘skip’ a monarch and just head straight to the next in line, William, even though that’s what everybody wants.

“However, we did find a loophole (in the rules we made up) that allows us to keep Liz in charge for a bit longer even after she departs, provided she is still capable of performing ‘active duties’.

“So we figured all we need to do is stick her on a trolley and wave her arms around a bit every now and then, and we’ll be able to stretch her reign out for at least as long as Charlie’s final days on this Earth.

“Then we’ll hand the keys straight to Will. And we’ll even let him keep the trolley so he can quietly wheel Prince Andrew out of the room whenever he turns up at official family functions.”