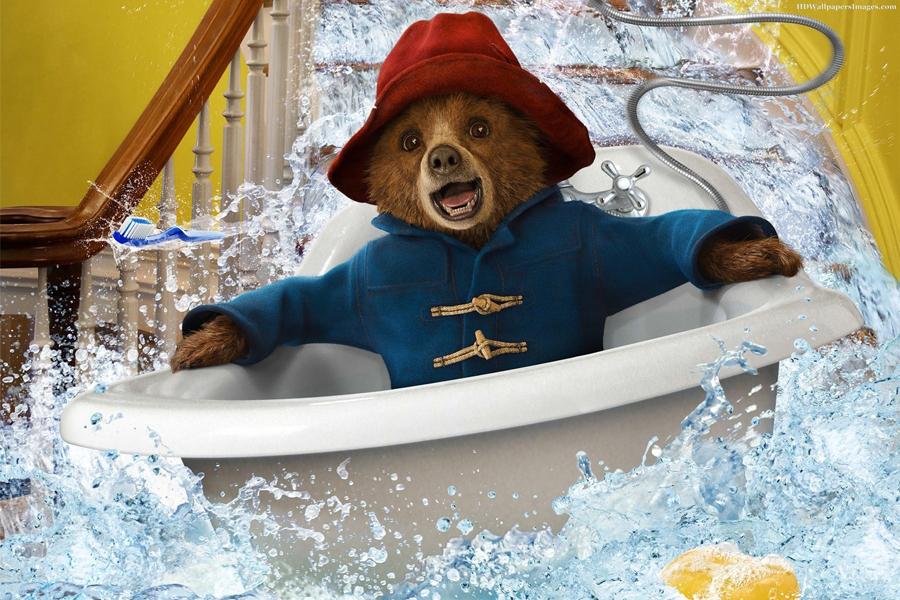 Production on the new Paddington Bear movie had to be halted today after the set was raided by UK immigration officials and the bear sent to a deportation centre outside of Dover whilst he awaits being sent back to Peru.

The officers, who had been commanded to carry out the raid by Home Secretary Priti Patel, managed to capture the bear after two of them accidentally ended up being covered in marmalade whilst a third somehow got stuck in the chimney as the bear tried to escape in a bath being propelled by water flooding from a tap that had been left on to hilarious consequences.

It was actually a smirking Priti Patel, herself, who stopped the bear in its tracks by capturing him in a huge net as he went past.

She said: “My crack team of immigration officers proved to be pretty useless in capturing this bear as their chase seemed to set off a very unlikely chain of events resulting in two of them being covered in feathers stuck there by marmalade and a third having to be cut out of the chimney.

“So, I had to step in myself to make sure that this troublesome bear gets sent back to Peru where he belongs. At the moment, the bear is residing at the deportation centre and is not being measured for my newest fur coat… wink wink.

“Did I just say ‘wink wink’ out loud? Sorry that was an accident. The fact that I need a new fur coat, as the ones I made from those Dalmations is now a bit worn out, and the bear’s fur is so lovely and soft, has nothing whatsoever to do with my dastardly plan. Sorry, I didn’t mean to say the word ‘dastardly’. I meant the Home Office’s plans for an expedited deportation in which no-one sees the bear again. Ha ha ha ha ha!

“Sorry did I just do a maniacal evil laugh out loud? I didn’t mean to. I just saw a man fall down a manhole outside. Yes that was it.”

Now the actors who were going to play the Brown family are planning a daring rescue involving an elaborate speedboat chase and Hugh Bonneville hanging from a helicopter flown by Sally Hawkins above the deportation centre having distracted the guards with marmalade sandwiches.