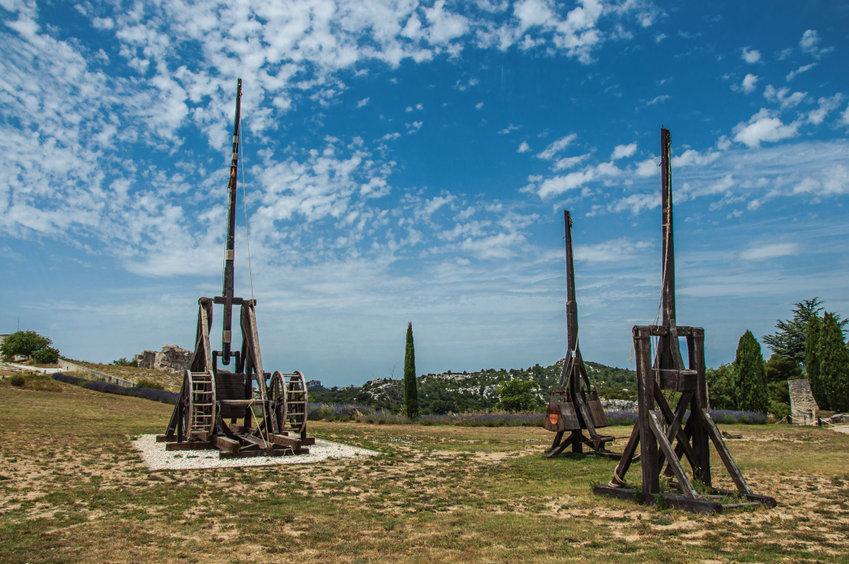 Home Secretary Priti Patel is personally installing 15 gigantic trebuchets on the white cliffs of Dover to throw refugees back across the Channel.

This comes after a war of words with her French counterpart who said her previous idea of simply turning the refugees’ boats around and pushing them back in the direction of France was deemed to be unlawful and breaking international maritime law.

She said: “These French piffle-worded weaklings will regret messing with me especially when refugees start raining from the sky over Calais.

“Anyone would think that these French snowflakes see these refugees as humans who have experienced so much unspeakable horror that they would risk their very lives to get to our shores with a dangerous channel crossing.

“To that, I say balls. And that is why I have been cleverly calculating the trajectory of the huge catapults so that these refugees definitely land in France becoming once again their problem.”

Under her previous plan she had even taken her Home Office team to a local fairground in Kent where they spent 27 hours being trained on the bumper cars on how to push back boats in a different direction.

She said: “It was a done deal. We had got really proficient at bumping into things and sending them back in the opposite direction and because the French don’t like it that will all be for nothing.

“One of my previous ideas had been to install a gigantic wave machine so that no boats would survive the crossing but ‘oh no’ to that idea as snowflake people thought that would be too inhumane.

“I then wanted to build a huge wall, like Trump did with Mexico, in the middle of the Channel but pencil-pushing lefty civil servants and engineers said that that would be impossible.

“I’ve already painted a ‘We’re Closed’ sign on the white cliffs of Dover in huge red writing as a warning so if any of these refugees dinghies actually land on our shore they will definitely be getting the trebuchet treatment.

“Luckily I have my man Nigel Farage constantly patrolling the coastline to catch any of the little blighters.”