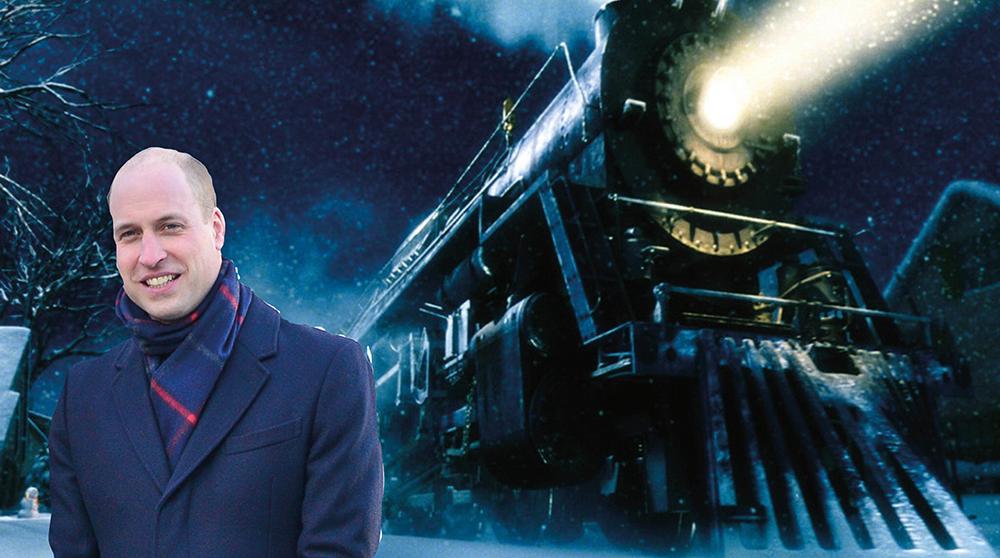 Prince William was said to be ‘coping, but rather sad’ at the realisation that the Royal Train was not the festive Steamtrain of his dreams that would take him and Kate on a magical journey to the North Pole, but actually a rather unloved, overly gilded tax-payer funded ornament Prince Philip discovered at the foot of the Christmas decorations box when he got it down from the loft the other day.

“What in all of bloody blazes is this?” Prince Phillip was heard to remark, according to Royal sources, before he pulled out the rest of the ornament to reveal a full nine-carriages of superfluous taxpayer’s expenses, just at the moment that Prince William was entering the living room in his royal pyjammies, having forgotten his mug of cocoa.

Royal insider Duncan Memoir,  added: “William’s jaw immediately dropped and his eyes widened with excitement when he saw the shiny train emerge. He immediately ran to wake up Kate, who was effing and jeffin’ about him bouncing on the bed, but the Prince was determined that they should immediately take a ride on the magical train that his grandpa had got him.

“Reluctantly, Kate helped him pack a Royal Suitcase and within minutes the pair of them had boarded the train, which Phillip had now put onto the tracks and was testing it in front of a visibly disinterested Queen, who was telling Phillip to ‘stop playing with the bloody trainset’ because he was distracting her from circling all the TV shows she didn’t want to miss in the Festive edition of the Radio Times.

“A gleeful William and forcibly smiling Kate then set off on the golden carriage, only to realise it did not go to the North Pole, but instead just did a few laps of the Queen’s Garden.

“Prince William was almost in tears, he thought he was going to meet Tom Hanks, and then go off to see Father Christmas. But no one else was on the train. At one point, an increasingly desperate William upturned Kate’s handbag, to see if it contained a magical golden ticket. Alas, it did not – just some lippy and a few expired Waitrose coupon she had kept meaning to use.”

The short 15-minute ride on the steam train - which is fuelled by actual banknotes and was believed to have cost the taxpayer in the region of £800,000 - was later hastily relabelled by Buckingham Palace as a “Royal Key Worker tour” in an attempt to justify its exorbitance.

Trump tells America: If I can't have you, nobody can