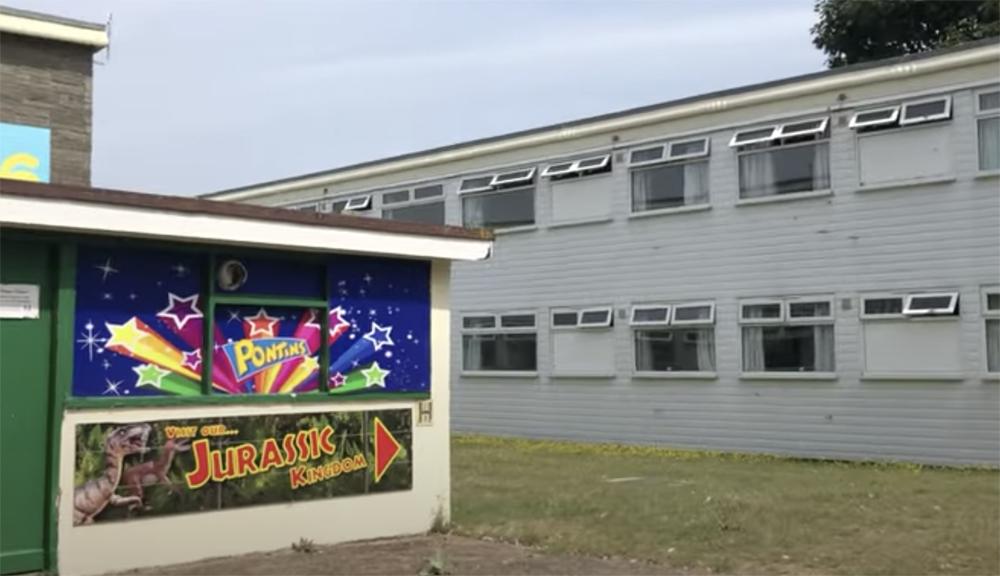 The company has been condemned for discriminating outrageously against everybody else by not preventing them from entering its shitty, depressing venues.

The Equality and Human Rights Commission investigated the organisation after being alerted by a whistleblower to the list of names.

Pontins currently runs about half a dozen camps in various parts of the country, most of which rate an average of two or two-and-a-half stars from patrons on review site Tripadvisor.

The more recent reviews include one from a customer who said the floor of her accommodation was so filthy that her dog licked up food left by a previous occupant.

Another wrote: “Mattress had obviously been wet on and dried, smell of urine! All this time we asked for the duty manager, he was nowhere to be found!”

A soldier based at one of the parks while it is being used as a covid vaccination centre compared it unfavourably to Camp Bastion in Afghanistan.

People whose names do not appear on the banned list are now considering making their own complaint to the Equality and Human Rights Commission.

One said: “I have nothing against Irish people. Indeed, I’m one-sixty-fourth Irish myself, which if I lived in America would more than qualify me to go on annoyingly about the ‘Auld Country’ and make an arse of myself every St Patrick’s Day.

“However, this ban by Pontins, even though they’ve promised not to do it any more, amounts to blatant discrimination against everybody who doesn’t have one of the surnames on the list.

“Why should they be spared the wrist-slitting horror of musical themed weekends where middle-aged people who’ve never mentally got past the school leavers’ disco listen to bloated has-beens most of us thought - or hoped - were dead?

“Pontins should be ashamed of itself.”