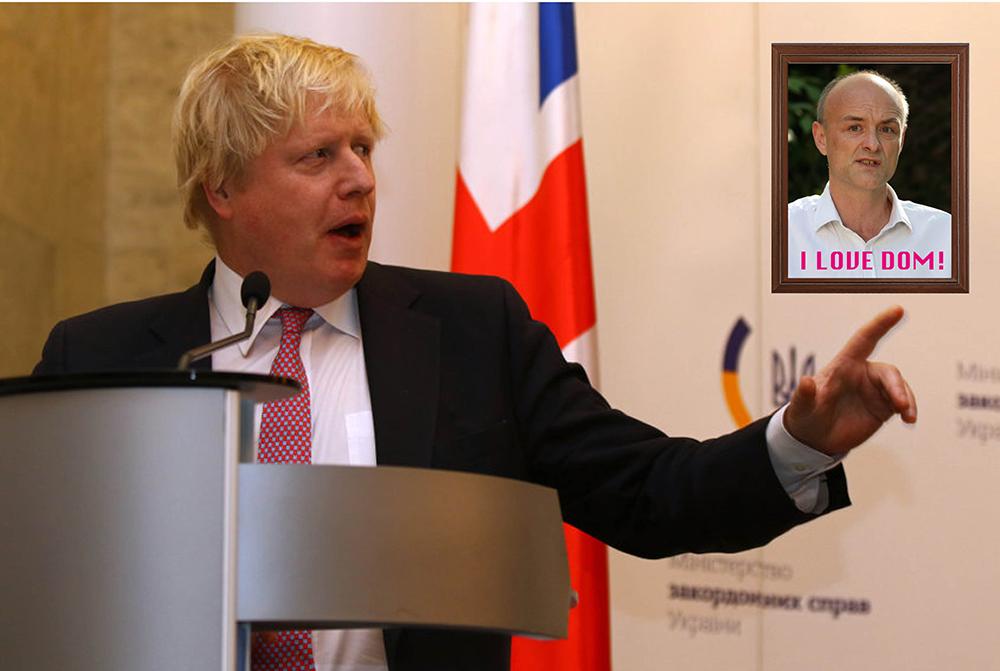 “I can assure you that Mr Cummings is no longer pulling the strings,” said UK Prime Minister Boris Johnson today on the eve of his self-proclaimed ‘Free Dom’ Day.

“At no point has my decision to open up the country despite soaring coronavirus numbers been influenced by Dominic Cummings. The fact that it’s called ‘Free Dom’ day is entirely coincidental and has nothing to do with a stir crazy ex-adviser who is simply fed up with lockdown and has been nagging me day and night so that he can once again go to the pub with his mates where they like to stand shoulder to shoulder at the bar with no social distancing.”

Since Dominic Cummings left under a cloud, last seen heading in the direction of Barnard Castle, the special adviser and the UK Prime Minister have had a very public falling out.

The PM continued: “You all saw it. Dominic Cummings has really had his claws out for me, slagging me off to whoever will listen, so to think that we’re still in cahoots and that all of that was staged is simply ridiculous.

“I mean, the fact that despite all of his jibes towards me, it didn’t really affect me and really only affected Health Minister Matt Hancock, shows that there’s no way he’s still the one telling me what to do.

“Despite all of his criticism of Matt Hancock, that didn’t even get rid of him. No, Mr Hancock only left after being filmed by a secret camera pointing at his favourite snogging spot with the footage mysteriously being leaked to The Sun newspaper so there was nothing dodgy in that at all.

“And, I know ending all restrictions when the numbers are sky high would be one of the most foolhardy things that any Government has ever done, especially as it will inevitably lead to more death and serious illness, but I had promised that there would be a day for Dom to be Free, sorry I meant, a day of Freeing Dom, no, that’s not it, a Free Dom day, that’s it, so what else was I supposed to do?”