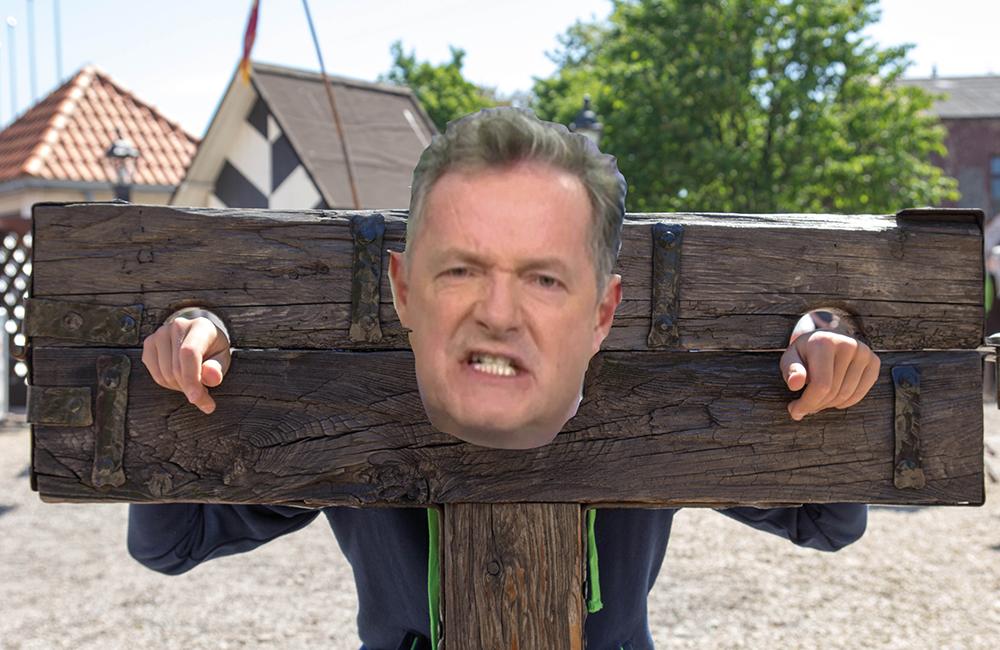 The world was in shock this morning as an obnoxious, loudmouth rent-a-gammon turned out to be wrong about something.

The ‘thing’ in question was that British tennis sensation Emma Raducanu - who professional bollocksmith Piers Morgan had earlier criticised as ‘weak, not brave’ when she pulled out of her 4th-round match at Wimbledon this year due to stress reasons - was not a ‘bottler’ at all and she proved it by storming into the US open final last night.

The Ministry of Public Humiliation was alerted this morning as to the jaw-dropping inaccuracy of Piers Morgan’s earlier statements, and sentenced him at once to a public hat-eating, though this was later upgraded to a full-on-public flogging, at the public’s request.

The boorish presenter, who characterises himself as a bit ‘marmite’ – again, inaccurately, as at least half the UK population like Marmite - was of course available for immediate comment, because he always is.

He said: “Typical outrage from the media this morning about my so-called ‘characteristically clueless comments from the mouth of a conceited middle-aged twat’.

“I wasn’t wrong about Raducanu. And just because I insinuated she was a lazy, cowardly young person suffering from classic ‘snowflake hysteria’, thus belittling both a teenage girl whom I know nothing about and demonstrating my utter ignorance about mental health at the same time, doesn’t mean I didn’t have my best interests at heart when I wrote it.

“So I’ll co-operate fully with the authorities for the public flogging, but I warn everyone I’ll be tweeting angrily about all sorts of bollocks at the same time.”

The Ministry of Public Humiliation has since confirmed Mr Morgan will be bound and gagged during the entire ceremony, which will conclude after fourteen days with the former Good Morning Britain host being thrown down a well.