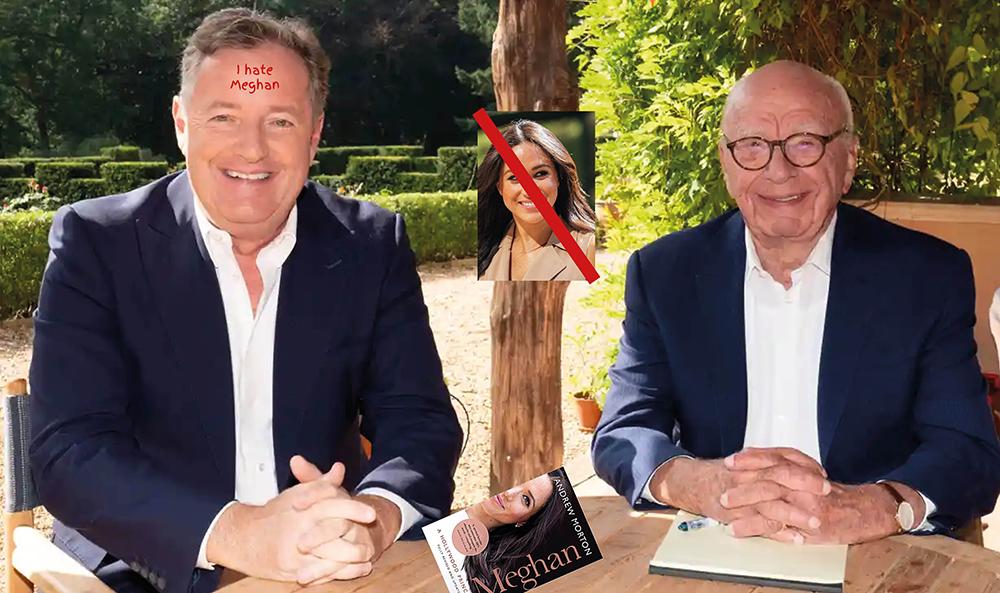 Angry mouth-flap Piers Morgan has been hired to front a new TV station just so he can continue creepily attacking successful women but on a larger scale.

In a deal with Rupert Murdoch, the former Daily Mirror editor and Good Morning Britain presenter will be fronting a new national television station called talkTV.

Industry analyst Dirk Bonaparte said: “The new TV channel is going to be set up to rival floundering rightwing channel GB News. Through extensive research Rupert Murdoch has realised that the one missing ingredient and the main reason GB News is failing is that it’s never had a white middle-aged man with a chip on his shoulder about Meghan Markle once ghosting him in favour of a Royal Prince.

“Of late though, Piers Morgan has been showing his versatility by translating his Meghan Markle obsession into a hatred of any successful young women. Essentially Piers has pivoted to not just hating Meghan but hating any younger women who happen to have boobs and a voice.

“It’s that talent of constantly attacking women that sets Piers Morgan apart from other presenters and will add the much needed sparkle to the channel’s output.”

Leaked documents about the channel’s content have revealed that talkTV will pump out seven hours a day of Piers Morgan angrily ranting about whatever Meghan has done each day, which will be followed by three hours of Piers moaning about other successful women like Emma Raducanu, Naomi Osaka, Billie Eilish, some Love Island contestants, and any other women who happen to exist. This will be followed by a segment to lighten the mood called ‘Why women aren’t funny’.

In a statement Piers Morgan said last night: “I am very proud to be part of this new adventure Meghan Markle. This will be new channel that will feed a much needed space in the news sphere of the UK Meghan Markle.