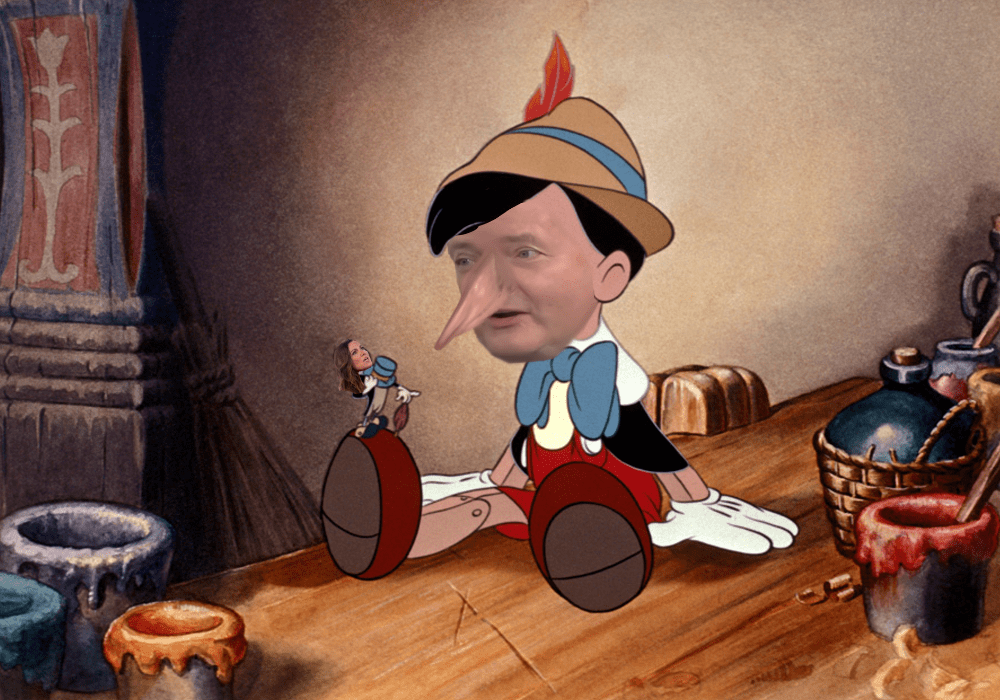 The infamous television personality has compared the Duchess of Sussex to the fairy-tale character, following news that Ofcom ruled he did not breach broadcasting rules when calling Meghan Markle a liar

Meghan Markle spoke about feeling suicidal and having poor mental health during her interview with Oprah Winfrey in March. Morgan publicly stated he did not believe these claims and has nicknamed the Duchess ‘Princess Pinocchio.’

Timmy Salmon, 44, of Oxfordshire said: “I don’t see how Piers can deem it appropriate to compare Meghan to Pinocchio as he is such a little wooden twat himself. He can’t start on her when he lies everyday by presenting as human, but through his actions shows no signs of human compassion or decency.

“That poor cow Susanna Reid was like the poor man’s Jiminy Cricket – trying to sort the daft bastard out but ultimately, having as much of an effect as a small insect in top hat and tails.”

Psychotherapists from around the UK have been reminding members of the public that people tend to project their own issues or insecurities on to other people to escape themselves. Multiple experts have suggested that Piers could be doing this with his tweets regarding Meghan Markle.

Jane Lane, 48, of York said: “I think there is something in this projection theory. I think he is is clearly more like a little deceptive wooden puppet than Meghan Markle.

“I heard Piers didn’t want to travel overseas for his own Oprah interview – not because he is worried of covid, but because he fears that the plane could crash, and he could be swallowed by a giant whale.”

Piers has been nominated for the ‘Best TV Presenter’ category of the National Television Awards. An anonymous source reported that Piers said winning this award would ‘help him to feel like a real boy.’ Piers is still yet to comment on this statement’s validity.

Millie Goosh, 31, of Penryn said: “I hope he knows what he’s doing when he’s spouting all this nasty rubbish about others. Does he not know that boys like him that don’t behave get turned into donkeys and trapped on an island?

“It might be too late for him though as when I ask everyone I know what they think of him, they all say ‘he’s an ass’.”