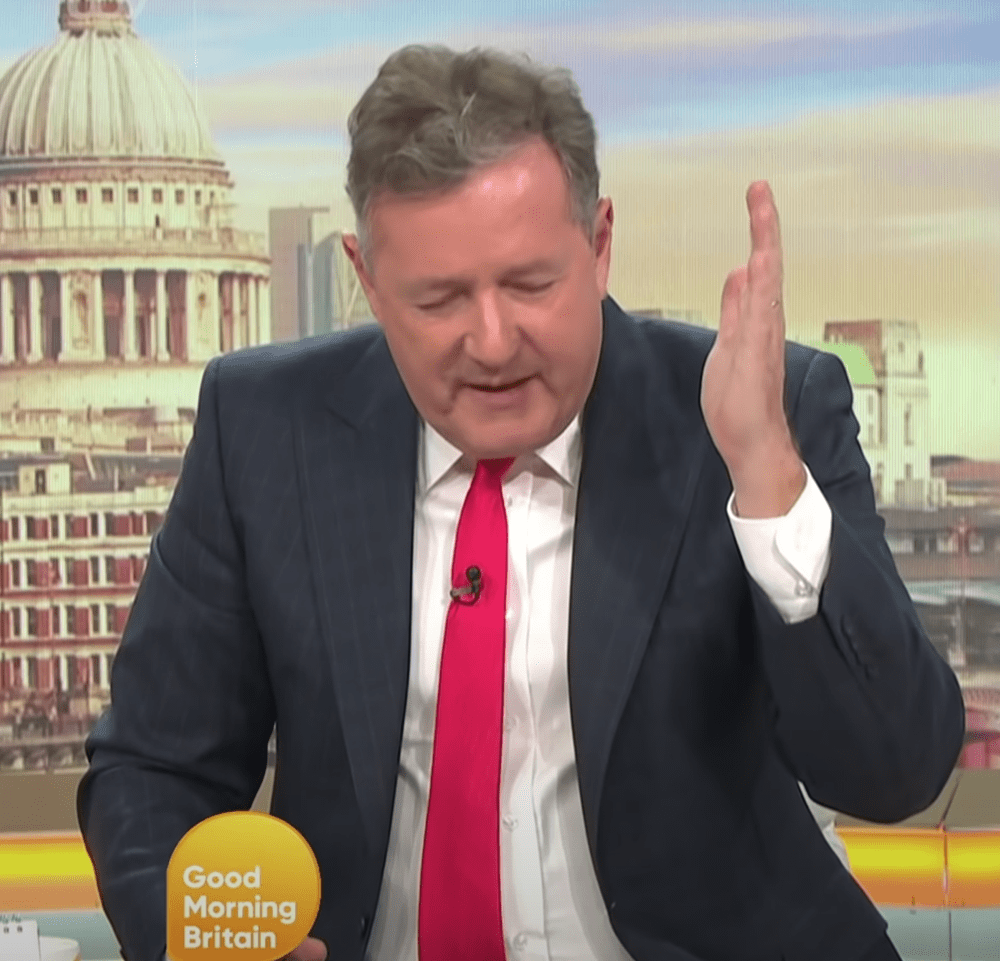 A rampaging Piers Morgan started smashing up the Good Morning Britain set this week after learning that Meghan and Harry had no idea who he was.

The former newspaper editor and now lava-faced windbag TV presenter was last seen nodding back and forth in a corner of the studio whimpering ‘but she’s so manipulative’ over and over again to himself.

Co-presenter Susanna Reid, who had to be evacuated during the rampage, said: “We were doing a segment on what kind of questions Oprah Winfrey would ask the couple during an upcoming interview when we cut to a video of Meghan and Harry being asked a question about Piers by an American journalist. Meghan looked at the reporter quizzically and said ‘Piers who?’

“In the studio, I heard a stunned grunt come from Piers and all of his salmon coloured skin suddenly went pale and he started mumbling incoherently to himself.

“The next thing we knew he was karate chopping the desk in front of him before getting up and attacking the cameras smashing them with his head. Weather girl Laura Tobin then screamed as he started chucking bits of broken camera glass at her whilst roaring like a lion.”

According to witnesses Piers Morgan then stripped to his waist to reveal that he had a full back tattoo of Meghan and Harry with a line crossed through them.

Susanna continued: “Thankfully, security came quite fast to usher us all out of the building and out of harm’s way which was lucky for us. They did find the decapitated body of Ben Shephard later but everyone agreed that that was no great loss unless you’re a fan of Tipping Point.

“I’ve known for years about Piers’ obsession with Meghan and Harry. I think it stems from that time their people told him the couple were too busy to appear on Piers Morgan’s Life Stories, which was just after he had got his back tattoo.

“Last time I went to Piers’ house, I found it really creepy, as it looked like someone had drawn Meghan and Harry’s names in crayon on every surface and there were newspaper clippings of the couple all over the walls. At the time I thought nothing of it but hindsight’s a weird thing isn’t it?”