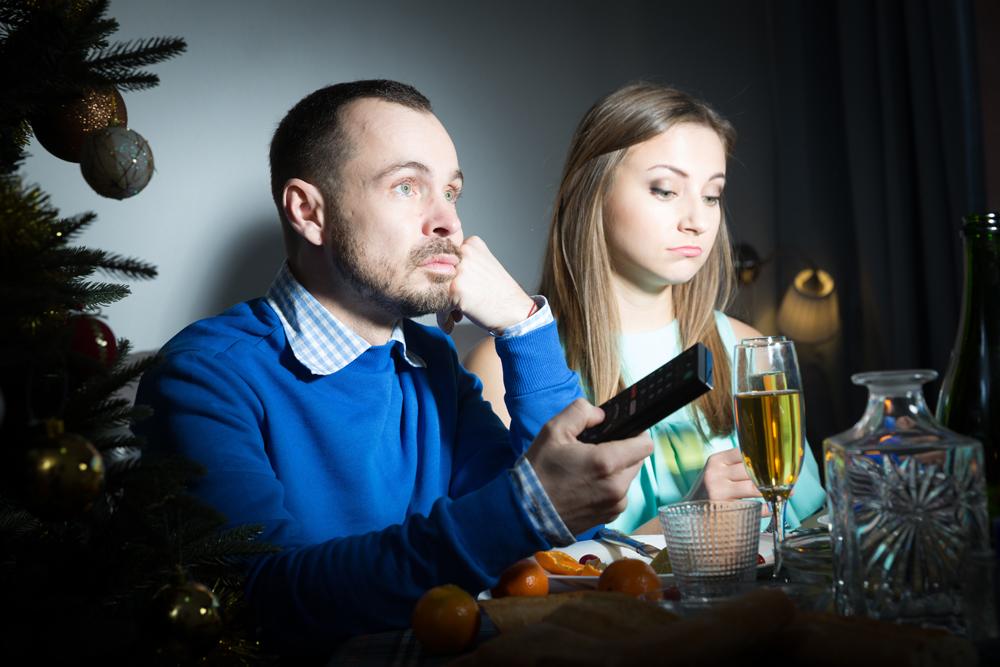 Mrs Wilson, 34, a deputy office manager from Devizes, had just heard that she, husband Trevor and daughters Charlotte and Katherine would not be able to go to Christmas dinner at Trevor’s parents’ home in Guildford - or have the inlaws visit Devizes.

“It’s absolutely tragic,” added Mrs Wilson, entirely unconvincingly. “I was really looking forward to a long drive on Christmas morning in my best clothes, only to be met by his mother’s disapproving stare, and I don’t know how I’ll be able to enjoy the special day without listening to his father’s perpetual revolting sniffing or his gran going on about our country no longer being British and how Enoch Powell was right.

“I usually can’t wait to catch up with the sister-in-law who smells vaguely of chip fat or the brother-in-law who always stares at my chest and somehow puts me in mind of eels - not to mention their children, who may not have had a formal diagnosis but clearly aren’t right. Last year they sat through dinner making beeping noises like a bus in reverse gear.”

Also not exactly grief-stricken is Mr Danny Reilly, a nurse from Lincoln, who won’t be able to see his parents, two sisters and brothers-in-law in Warrington.

Mr Reilly said: “It’s going to be really tough not having to listen to Mum and Dad going on and on about how much more successful than me my sisters are. And the same goes for the thinly-veiled homophobic barbs about my choice of profession.”

Another person lamenting - albeit not very convincingly - being denied the chance to catch up with a sibling and their spouse is Mrs Cheryl Arnold, a graphic designer who lives with wife Zoe in Morecambe.

“I’m really going to miss having my brother-in-law bring a cheap bottle of supermarket own-brand whisky and then get his greedy snout stuck into my malt collection,” she said.

“Christmas just won’t be the same without my pigshit-thick sister telling her pigshit-thick children - they’re 14 and 15, by the way - that Zoe and I live together and sleep in the same bed because we’re really good friends - and shooting us death glares if we happen to hold hands.

“And whatever will Zoe and I do without yet another debate about whether straight people need or even want their own Pride day?

“Oh, and that reminds me, we won’t be able to make our usual trip to see Zoe’s family, including the supposedly Christian cousin whose Bible is apparently nothing but blank pages after the early books of the Old Testament.

“No, Christmas just won’t be the same - thank God.”

Trump Presidential Library will be words 'Fake News!' finger-painted in own shit on wall