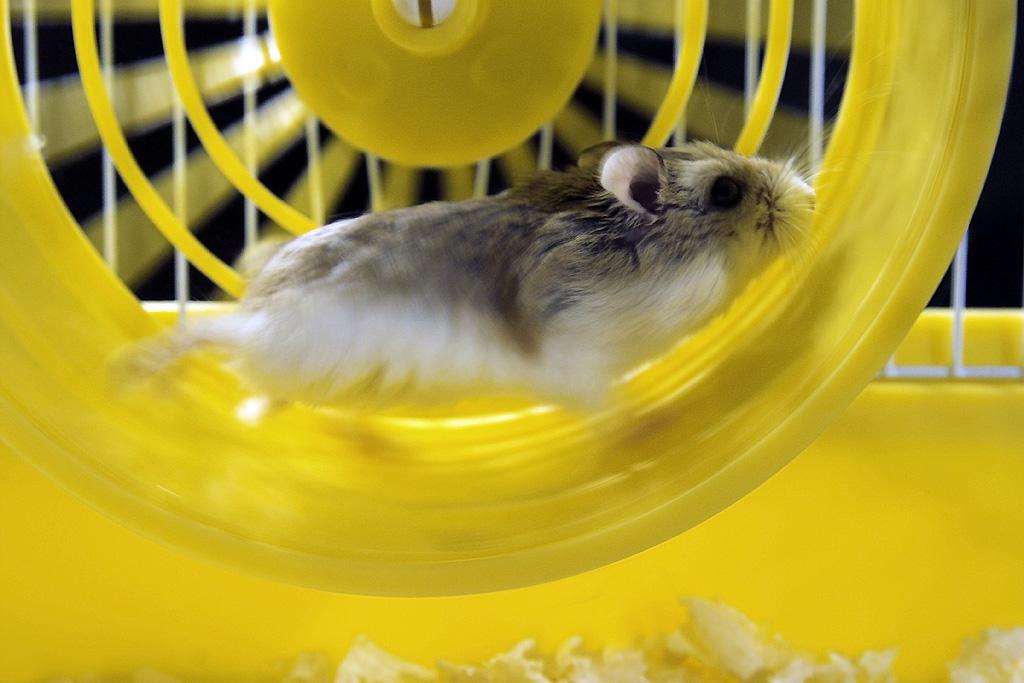 A state-of-the-art hamster wheel is the latest device with which the Peloton organisation hopes to chisel vast sums of money from the style-over-common-sense brigade.

In exchange for a one-off payment of £698.99 plus VAT, together with an ongoing subscription of whatever the marketing department thinks it can get away with, hamster owners will receive the special wheel, which can be installed in any cage for a further £250, and a wireless connection to a special hamster fitness training service.

Hamsters can then be made to run in the wheel while some annoying bastard on a TV screen spouts cringe-making crap such as: “Come on, hamsters - let’s smash it!”

A spokesperson for Peloton said: “We expect most of the customers for the new service to be drawn from our existing customer base, and that many of those who do not already have a hamster will obtain one so they can hand over yet more of their money to us.

“After all, if they’re willing to pay thousands to sit in their own home and be harangued by some PE-teacher-type arsehole when a real bike is cheaper and there’s an entire outside world to explore, they’ll be up for anything.

“Thank Christ none of them are apparently familiar with George’s Orwell’s 1984, in which the terrorised masses must take part in rigorous daily exercise while being  monitored via a TV screen.

“How did that bit in the book go again? Oh yes - now I remember. ‘Smith!’ screamed the shrewish voice from the telescreen. ‘6079 Smith W.! Yes, you! Bend lower, please! You can do better than that. You’re not trying. Lower, please! That’s better, comrade.’”