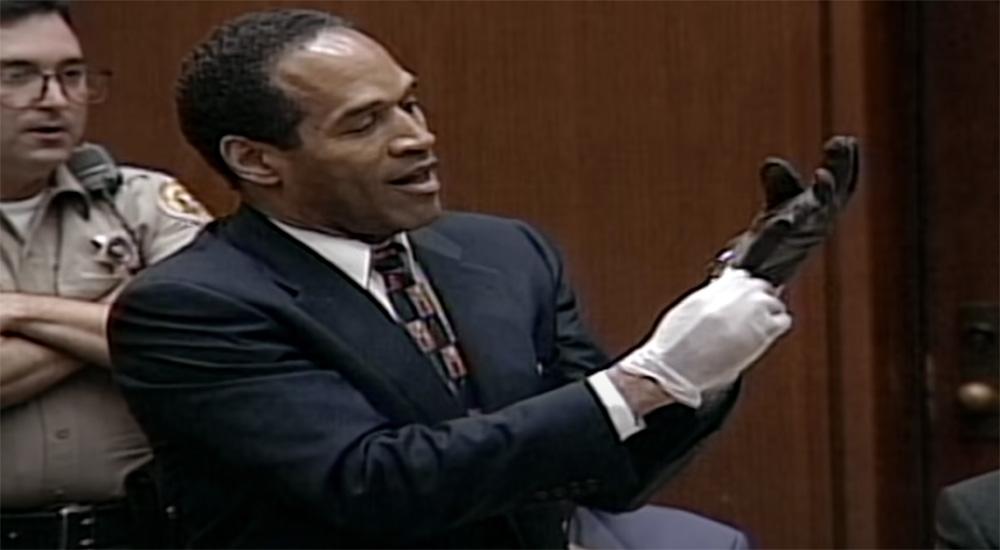 Notoriously-acquitted murder accused OJ Simpson has condemned Boris Johnson over comments he made at a Welsh covid testing centre.

Struggling to put on a pair of protective latex gloves, the insensitive, gallumphing, scruffy clown of a Prime Minister made a merry quip about the OJ Simpson case.

The unkempt, empathy-free Old Etonian buffoon was referring to the moment during the US sports star’s 1995 trial over the brutal murder of his ex-wife and her partner when Mr Simpson struggled to put on a glove which was among the exhibits.

Mr Simpson, who was controversially found not guilty but later found civilly liable and ordered to pay an eight-figure sum, said; “What Boris Johnson said was completely unacceptable.

“Also, no matter what anybody thinks of me, they have to admit that I at least put on a serious face after being accused of being responsible for innocent people’s deaths.

“I didn’t wander around cracking jokes like some big, grinning asshole with no comprehension of the tragedy and what it meant to people.”

Mr Simpson added: “Oh, and another difference between me and your Prime Minister is that I had to pay in at least some way for the deaths I stood accused over.

“Nobody’s going to let me retire peacefully to the House of Lords, and I don’t have tame newspapers to call me some sort of Churchillian hero.”

Dubai will follow alleged kidnapping of princess with hurling barrels at plumbers and compulsive jumping on toadstools, warns Donkey Kong