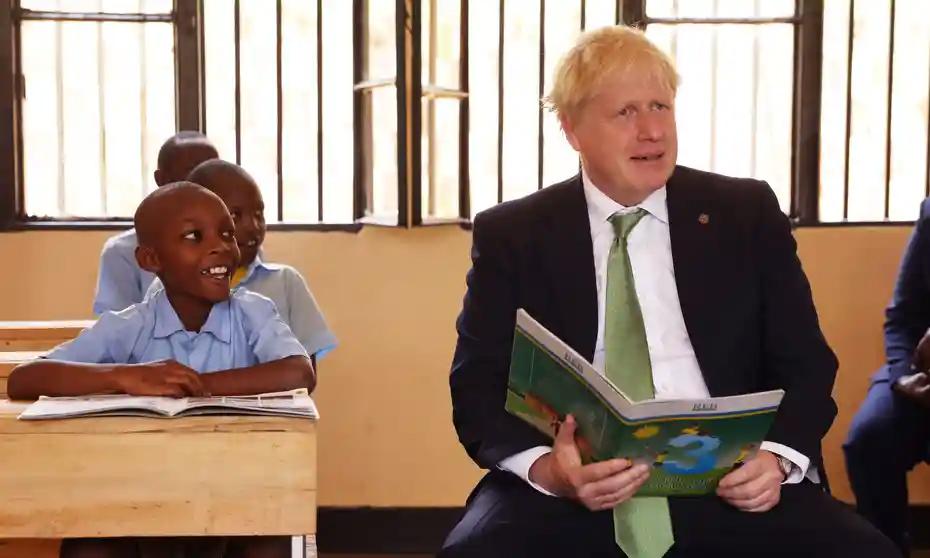 A new unruly pupil at the Groupe Scolaire Kacyiru II school on the outskirts of Kigali in Rwanda might not be all that he seems, according to an observing teaching assistant.

“He just seemed a bit shifty,” observed teaching assistant Emmanuel Ingabire. “He walked into the classroom and listened to the other children read about Hetty The Unhealthy Hen but then started heckling Ajay who was reading the story saying that Hetty should be able to eat what she wants and that no-one wants a regulated food industry that cares more about health than cutting costs.

“He then grabbed the book from Ajay’s hands and started a long monologue about Kier Starmer where he kept getting Kier’s name wrong on purpose and calling him Beer Starmer instead.

“Some of the kids politely laughed and this just seemed to spur this new haystack-haired unruly pupil on, who looked like a white man in his fifties and a bit out of place in an African classroom full of eight year olds.

“We then put him on time-out and said he was to be in lockdown in the corner of the classroom until second period, but he then started passing notes to the rest of the children inviting them to special time-out parties, even promising some of them multi-million pound PPE contracts if they could pretend to be his friends.

“But the thing that really roused my suspicions that this new unruly pupil might not be all that he seems is that as soon as the bell went marking the time we should all go for playtime, he started passing around bottles of gin and started singing old ABBA songs.

“This new pupil was completely out of control but as soon as we raised it with him, he denied everything and refused to go into detention saying that his record on the vaccine rollout and the furlough scheme should exonerate him from any wrongdoing.

“I tried to voice my suspicions to the principal, but it was too late, as he then was whisked away from the school in an unmarked government car never to be seen again.