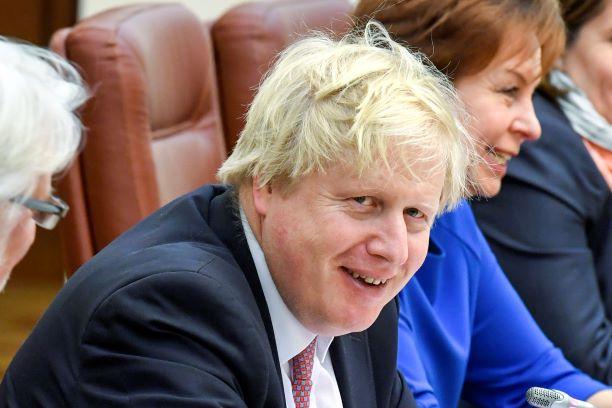 A Leeds entrepreneur hopes a party game he invented will be a spring and summer hit.

Bob Earnshaw had the idea for Cabinet Minister as he watched the Prime Minister’s troop of shameless, useless attendant creeps queue to defend his hypocrisy and abhorrent lies over partying at Number 10.

Mr Earnshaw said: “Like everybody else with a pulse and a shred of decency, I was disgusted to see and hear them metaphorically sticking their lying, forked  tongues so far up Boris Johnson’s foetid, feculent fundament that they could taste his last meal. And that’s when I had the idea for the game.

“The rules of Cabinet Minister are simple. An effigy of the Prime Minister, about the size of a pinata, is hung from a simple frame we supply with the game, and then players compete to see who can get their tongue the furthest up its arsehole without beginning to suffocate.

“The arsehole has interchangeable plastic linings treated with a harmless chemical which reacts to saliva, so players can easily measure who got the furthest.”

Mr Earnshaw revealed that the synthetic Boris Johnson anuses were to be surrounded by detachable nasty, unnaturally pale little hairs, and that players would have to perform a forfeit if they got one caught in their teeth.

He added: “For all I know, the forfeit thing could be what goes on at actual Cabinet meetings, too. Anyway, the game should obviously only be played when and where social distancing and other anti-covid measures permit.

“Yes, the game’s called Cabinet Minister, but that doesn’t mean the normal, decent human beings who play it should be horrible - or defend the indefensible.”