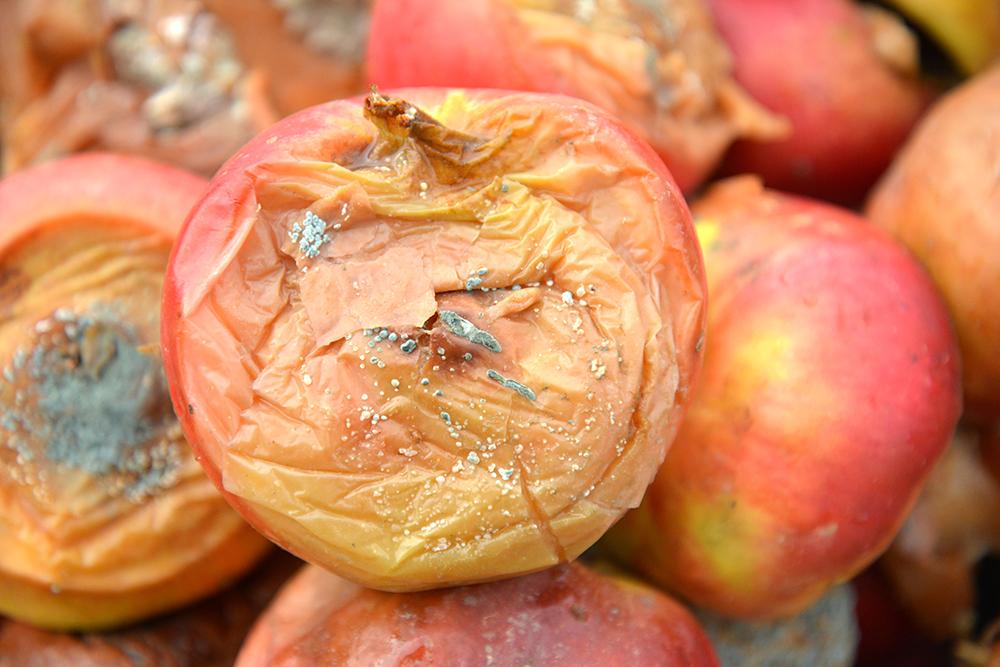 The move is understood to be part of a radical branding and image rethink called Operation No Point in Pretending We Give a Shit or Are Remotely Decent Anymore as Everybody Knows We Don’t and We’re Not.

Senior officers chose to unveil the logo after the jailing of kidnapper, rapist, murderer and trusted Metropolitan Police Officer Wayne Couzens, whose crimes prompted a vigil which was in turn attacked by a sneering gang of the kidnapper, rapist and murderer’s colleagues.

Whether those colleagues included the ones accused of swapping and taking delight in foul misogynist, racist and homophobic memes and jokes with the disgusting subhuman piece of shit has yet to be revealed.

A spokesperson for the force said: “We settled on rotten apples because the graphic artist we chose couldn’t draw turds very well.

“Finally admitting we’re rotten apples allows us to slash the marketing and PR budget and spend the money on…well…whatever we spend money on instead of spending it trying to prevent swathes of the capital city becoming little more than sewers of crime, where armed thugs strut the streets with impunity and decent people cower, helpless and hopeless, behind their doors.

“There are some who say there are only a few rotten apples, but we beg to differ. Take Couzens, for example. He was definitely a rotten apple. But what about everybody who knew or suspected he was a wrong ‘un and did nothing? What about those who allegedly shared disgusting jokes with him? What about the officers who obeyed their seniors’ order to wreck that vigil instead of simply refusing? What about every officer who has ever heard a fellow officer say something disgusting and laughed along with it?

“Come to think of it, what about the officers who failed to bring the murderers of Stephen Lawrence to justice? What about the ones who knew what was going on and lacked the will or the inclination or both to come forward?

The spokesperson added: “Maybe there are some apples which are not rotten, but as far as we’re concerned they can either rot or fuck off.”

Wetherspoons profits hit during lockdowns as many customers switched to sitting in park, haranguing passers-by