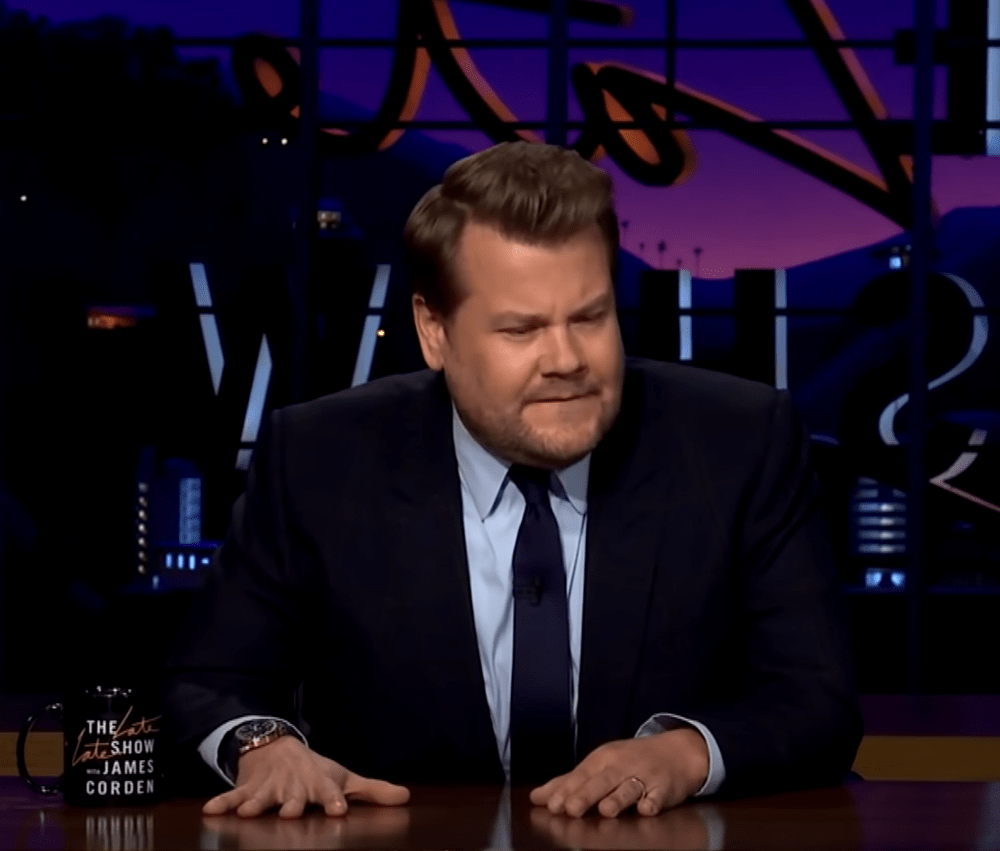 The British public are said to be clubbing together to ensure James Corden does not get past Priti Patel and the UK’s Border Force.

This wave of panic and the subsequent call for UK citizens to band together, has come as a result of recent reports that the presenter and actor plans to return to Britain. After a seven-year stint in the US, hosting The Late Late Show, Mr Corden is reportedly ready to return home and spend time with his spawn.

An expert team of foreign correspondents has been formed in order to consider the best course of action to fool the Home Secretary.

A spokesperson for the group explained that their first thoughts were to dress him up unwittingly in what could be deemed ‘foreign gear.’

She said: “We first looked at dressing him in a striped shirt and black beret, hanging a string of onions around his neck, and handing him a stick loaf or two. This plan seemed simple enough as everyone hates the French, but then we were concerned that it was so simple that Priti Patel would see right through it.

“We had some think tank sessions and came to the conclusion that we should just focus on masking Mr Corden’s British qualities rather than relying on a juvenile smokescreen of sorts. We then considered making changes to his core Britishness, in order to throw her off the scent.”

The group were said to have undergone a number of meetings to pinpoint some of the main characteristics that would need to be targeted.

The spokesperson continued: “We plan to use some high tech biological software to unstiffen his upper lip, remove all capacity for wit or sarcasm, have him fuck off the notion of queuing for anything, render him incapable of discussing the weather, have him baffled by beige food, cause him to become allergic to tea - and most importantly – ensure he never asks a taxi driver ‘you been busy?’ or ‘what time you on ‘til?’ when entering the vehicle.

“We believe that after all these changes to his genetic makeup are completed, he should be unrecognisable as British. We are all fully aware at this point in time that Priti Patel has inbuilt foreign-recognition-technology, like that of the cyborgs you see in most dystopian sci-fi thrillers. Her retinal scanners should not identify James Corden as British after we are through with him.”

This de-Britishing initiative has received a large amount of positive feedback from the public. It was created initially, after an outstanding number of people took to social media to complain about Mr Corden’s plans to return home.

Seymour Knackers, 42, from London, said: “I just cannot bear the thought of that car karaoke bollocks happening here in Peckham. I’m a cabbie, and I find the clips insulting. If I ever see him driving around this end, singing away, I’ll lamp him one.

“He won’t get the same reception in Britain as he did in America, I tell ya. He best keep his window wound up unless he wants fist-size gobs hocked and spat in at him.”

Duane Pipe, 34, from Slough said: “We can’t have him back. He needs to pay. I’m still emotionally and mentally scarred after seeing him in ‘Cats.’ My kids are still having nightmares and the bloody film came out three years ago!

“More to the point though, he’s been over there for nearly a decade. He’s dropped the UK like a stone, and can’t just suddenly come crawling back. I look at this initiative to get him stopped by border force as a good example of supply and demand. The British public want him barred from the UK, and these altruistic experts are supplying a method to achieve this.”

Government Competition! Can YOU come up with a better excuse for our mates at BP not paying a windfall tax than our piss-poor efforts so far? Win a model bus made of a winebox!