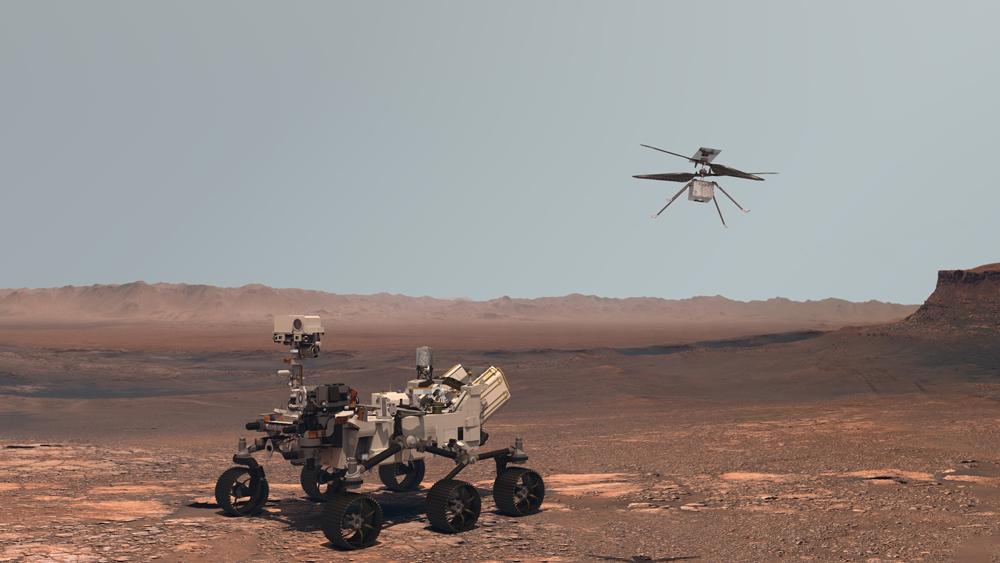 NASA scientists are baffled at the latest data transmitted by its Perseverance Mars probe.

The spacecraft is programmed to investigate the internal structure of earth’s nearest planetary neighbour, but the most recent information sent by it have raised fears of a malfunction.

Mission technician Professor Gilbert Kane said: “We were expecting the most accurate data yet on the molecular components of the Martian crust and core, so we were eager for the digital transmissions to be decoded by our state-of-the-art hardware. They were the first ones since the decoders were upgraded with the latest British chips.

“Imagine our surprise at Mission Control when what flashed up on our screens was the message, ‘Mars not as big as you remember it from when you were a kid. Less nougat, too, and chocolate is thinner.’

“Clearly something had gone very wrong, so we ran an emergency debug, only for the probe to transmit the words, ‘Wagon Wheels, too. And don’t get me started on Creme Eggs and Wispas.’ We have no idea what any of this means. Not even banging on the side of the main server with a shoe made a difference. In fact, it made it worse. The latest transmission ran, ‘Does anybody remember Spiras? I could just do with a Spira.’

“As if that were not worrying enough, our colleagues in charge of the latest Uranus mission, which also uses the British chips, have been receiving some similarly baffling transmissions. ‘One said, ‘Uranus! Ur…anus! Time to probe Uranus! Ask your mates if Uranus is bigger than Mars!’”