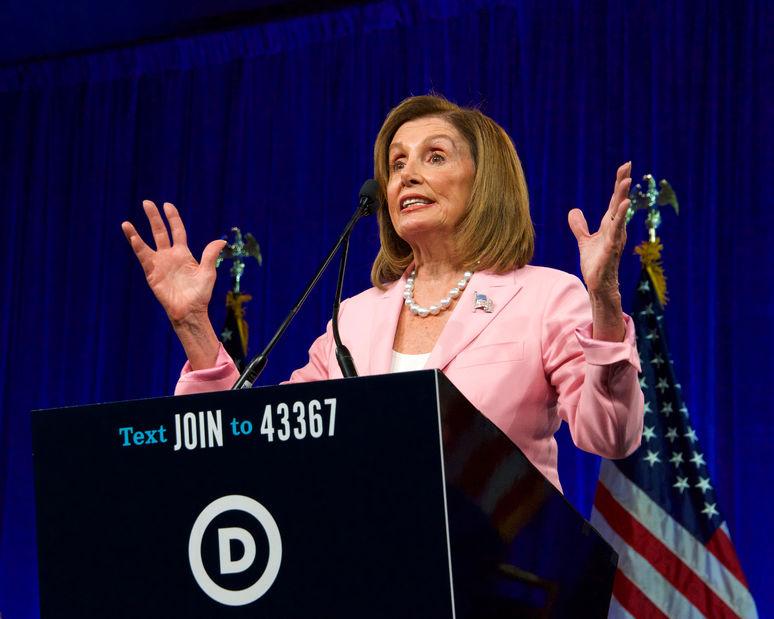 House Speaker Nancy Pelosi has sought to calm fears that unhinged orange madman Donald Judith ‘One-Termer’ Trump might do something even worse than the events of last week in his final few days in office, as part of The Donald’s ongoing quest to avoid facing reality.

Close associates, Defence Secretaries and even members of his own Republican party are now said to be ‘increasingly worried’ about the mental state of Mr Trump, leading many observers to question where exactly in the arse crack of Satan these people have been hiding for the past four-and-a-bit years.

Efforts to forcibly remove the deranged President from office even before Joe Candidate’s inauguration on the 20th January are well underway, but even so, concerns remain that a man narcissistic enough to take a giant dump all over 250 years of presidential history and protocol by inciting an attempted coup inside the country he’s supposed to be protecting presumably has no level he won’t stoop to.

In response to this, Pelosi held urgent crisis meetings with leading Military Personnel, who have reassured her that any attempted nuclear launches by Trump would fizzle out in a matter of minutes, due to the launch sequence instructions being almost twice as long as a McDonald’s drive-thru menu, and therefore safely beyond the attention span of the famously impatient president.

Ms Pelosi, whose base of operations is now ‘Trump’s Tremendous Treehouse (no Pussies!)’ which Navy Seals annexed at the weekend, also said:  “The Nuclear instructions contain no pictures of camels, rhinos or elephants, or anything else we know he can occasionally identify.

“Better yet, it’s almost three paragraphs long. There’s no way he’s getting through this in the nine days he has left. He’ll be angry and on the phone in minutes pressuring Ukraine to read it for him, at which point we’ll storm in through the windows and arrest him.”

Woman stars in photo, Internet tells her all the things that are wrong with it